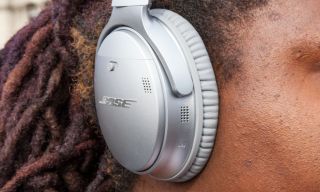 You know Bose as the company that sells premium noise-canceling headphones, but that title could soon expand. The company will now reportedly enter the gaming headphone market with a spin on its popular QuietComfort QC35 II headphones.

Discovered by 9to5Google's APK Insight team during a deep dive into the Bose Connect app update, the QC35 II Gaming Headset could be exactly what it sounds like: noise-canceling headphones for gaming.

Unfortunately, we just don't know much about them. There are several references to a device codenamed Tibbers, which, as 9to5Google cleverly points out, is a reference to League of Legends. This Tibbers moniker is linked to the Bose QC35 II Headset name, which sounds to us like an official product name.

While they aren't the excellent Bose 700 headphones, the QuietComfort QC35 II is a beloved set of noise-canceling headphones, often seen worn in coffee shops and airplanes by business folks who can afford the $300 price to entry.

It's possible this will be a separate headset or that Bose will release an adapter for the already available models so they can work for gaming. The latter hypothesis is backed up by references to connecting a wired gaming microphone into a headphones' auxiliary port, and how doing so would turn off Bluetooth connectivity.

Yes, this means the headset, or adapter, would not use the built-in Bluetooth connectivity found in the QC35 II.

As for what exactly Bose has in store, that remains a mystery. It's possible a future announcement will arrive at a next-gen console event. It's just as likely that these will be targeted at PC gamers. Whatever the case, we're excited to play games without hearing roommates in the background.