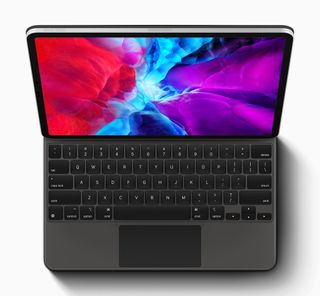 When Apple unveiled the new iPad Pro 2020 on Wednesday, it also revealed a new feature being added to iPadOS 13.4: cursor support.

Yes, Apple is finally bringing trackpad support to the iPad, a feature that could make it a genuine laptop replacement. Moreover, Apple complemented cursor support with a Magic Keyboard attachment that has a touchpad for precise cursor movements.

Unfortunately, the pricey keyboard (starting at $299) is only available for the latest iPad Pro models, not any of the older versions. But don't worry if you already splashed out on an iPad Pro and aren't ready to spend another $1,000 because iPadOS 13.4 will also bring trackpad support to older iPad models.

Mouse and trackpad support is expected to arrive on all iPad Pro and iPad models released within the last 4 to 5 years. That includes all iPad Pro models, the iPad Air 2 and later, the 5th Gen iPad and later and the iPad mini 4 and later.

Using a cursor on your old iPad

Cursor support in iPadOS 13.4 works differently than what you'd expect from a MacBook or Windows laptop.

Instead of a pointer, the cursor appears as a circle, which transforms and highlights different user interface elements as you move across them. This should make it more obvious what elements you are about to select. Remember, iPadOS (formerly iOS) and its apps were strictly made for touch, so Apple did some tinkering to optimize the trackpad and mouse experience.

Cursor support should vastly improve your productivity; A mouse and even a trackpad is a much better tool for highlighting and editing numbers than your fingers.

The trackpad will also support gestures, including movements to bring up the dock, Control Center and Slide Over apps. You can also go home by swiping up or open the multitasking page by swiping and holding.

Trackpad support will, of course, work with the new Magic Keyboard but you can also use Bluetooth or USB-connected third-party mice and touchpads to gain cursor support. If you want all of your tech to flaunt a half-eaten fruit, Apple's own Magic Mouse 2 and Magic Trackpad 2 will do the trick.