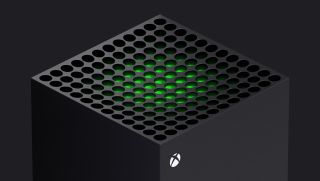 The Xbox Series X official release date window, according to Microsoft, is "holiday 2020." But we may now know the exact launch month for next-gen Xbox console, thanks to a loose-lipped Microsoft executive, TechRadar reported.

"It was in response to a question from me and I said 'new console' and 'November holidays.' Her answer was the single word 'yes,'" Bass told Warren.

However, Microsoft isn't ready to back Hood's "yes" response to Bass's "November holidays" question. The Redmond-based tech giant told GameSpot it has not yet made an official release date announcement.

"We're excited to launch Xbox Series X, which will set a new bar for power, speed and compatibility when it launches Holiday 2020, alongside Halo Infinite," a Microsoft spokesperson told GameSpot. "We have nothing further to share at this time."

Microsoft may not want to commit to a November release-date window, but we have a good feeling the Xbox Series X will be made available shortly before Thanksgiving.

In the meantime, if you want to stay abreast on all the news about the forthcoming next-gen Xbox console, check out our oft-updated Xbox Series X rumor hub.