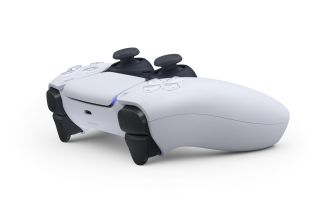 As the PS5 and Xbox Series X trade blows, PC gamers are quietly awaiting the chance to prove their rigs are more powerful than next-gen consoles. It looks like that time has already arrived.

Epic Games CTO, Kim Libreri, said a modern PC with an Nvidia GeForce RTX 2070 Super GPU could run the same Unreal Engine gameplay demo showcased on the PS5, and the results would be "pretty good."

If you haven't already seen the trailer, you should definitely check it out. The demo, made with the Unreal Engine 5 and played live on the PS5, shows a female character navigating treacherous desert terrain in search of treasure (think Lora Croft).

The clip got Sony fans excited and gave them long-overdue fuel to fan at Xbox diehards. But what seemed like the next step in graphics fidelity could already be achieved on a mid-range gaming PC with the right hardware.

As pointed out by World Today News, the PS5 is capable of reaching 10.28 teraflops of power whereas a PC with an RTX 2070 Super can hit 9 teraflops. That still puts the AMD-powered console ahead, but not by much. Consider that the RTX 2070 Super isn't the most powerful GPU available (it's considered a mid-range GPU), and the possibility of a current PC outperforming the PS5 and Xbox Series X seems very real.

Even if next-gen consoles eke out a victory on console launch day, you'd expect upcoming PC hardware to eventually eclipse the consoles during their lifespan. This is a fun comparison to make, but don't read too much into it. The PS5 and Xbox Series X are expected to deliver much more than powerful GPUs.

In defense of the PS5, Sony is promising a blisteringly fast SSD with up to 9 GB/sec, or 100x faster than the hard drive in the PS4. This should lead to faster (or no) load times and quicker downloads. Yes, PCs will eventually reach these SSD speeds in the coming years, but until then, the PS5 is unrivaled.

And then there's pricing. We don't know how much the PS5 or Xbox Series X will cost, but estimates put the next-gen consoles at between $400 and $600. The RTX 2070 Super GPU alone costs $500, then you need to build a PC around it.

Whether the PS5, Xbox Series X or a custom-built PC delivers the most power for gaming doesn't really matter -- we'll soon get to enjoy some incredible new games while the futile console vs. PC wars wages on.