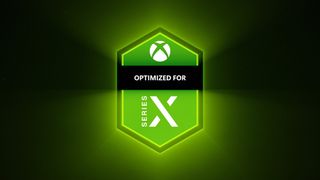 Microsoft recently published an article on Xbox Wire that explains one of the key aspects we'll frequently see on Xbox Series X games. Apart from promising that the console will "set a new bar for performance, speed and compatibility," Microsoft also illustrates to us what the "Optimized for Series X" badge means.

We've always known this badge implied that any games donning it would utilize the maximum potential of the Series X to provide the best experience possible. But we never knew the exact details on what this meant, until now.

Any games specifically made with the Xbox Series X in mind, including console exclusives, will get the "Optimized for Xbox Series X" badge. This isn't a new thing, as companies have always prioritized games running well on their own consoles. Microsoft is mostly putting a flashy badge on these titles to give them extra pizzazz.

Beyond this, Microsoft pledges this badge "can" mean a handful of things, including the ability for the console to "virtually eliminate load times" and "heighten visuals" with "raytracing powered by a custom, next-generation GPU" intended to allow framerates to go as high as 120fps.

Other games getting the "Optimized for Xbox Series X" badge include anything that's being modernized for the console. The example Microsoft uses is Gears 5, as the company is working on a version for the next-generation that will "dramatically leverage the power and features Xbox Series X has to offer."

Microsoft goes further into the nitty-gritty of what each aspect of this means, covering visual fidelity, frame rate, and load times. Most fans seem concerned with frame rates, as having a next-generation game run at less than 60 frames per second is considered unacceptable.

Microsoft also seems keen on pushing the point that "Xbox Velocity Architecture technology" allows it to strive for incredible load speeds. This certainly does make it sound fancy, but it's strange that Microsoft gives its technology these epic names when the competition sticks to general descriptors.

Within the article, Microsoft also lists every game confirmed to have the "Optimized for Xbox Series X" badge. Here they are: