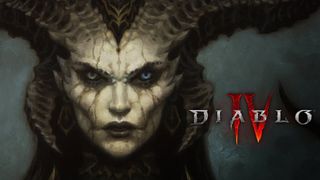 After Diablo fans were bitterly disappointed to only hear about the mobile-only Diablo Immortal game at BlizzCon 2018, Blizzard finally announced Diablo 4 at BlizzCon 2019. It’s been six years since the release of Diablo 3: Reaper of Souls — the expansion to 2012’s Diablo 3 — but Blizzard fans are used to the company not rushing its releases.

Blizzard is being incredibly open during the development of Diablo 4, so we have quite a bit of information directly from the developers regarding what to expect in the next installment of the wildly popular series.

We already have cinematic and gameplay trailers along with details regarding many of the playable classes, monsters, the world map and more.

We’ll keep you updated as news breaks, but here’s everything that we have learned so far regarding Diablo 4:

Diablo 4 was officially announced in November of 2019 and Blizzard has given quarterly updates since February 2020 on the development process. However, we don’t have an official launch date for the game yet.

Given everything we know about the game and the existence of both gameplay and cinematic trailers, don’t get your hopes up for  Diablo 4 to come in 2020, and even 2021 seems optimistic. When asked about the release date following the official announcement, the game’s director, Luis Barriga responded that “A game of this scope takes time. We’re not coming out soon, not even Blizzard soon.”

Blizzard’s “soon” is a notoriously nebulous timeframe that can mean anywhere from months to years. Given previous examples, like the four years between the announcement and release of Diablo 3, fans should be prepared for a bit of a wait.

Along with the announcement of the game came an extended cinematic trailer called, “By Three They Come,” which sets the timeframe of Diablo 4 as “many years after the events of Diablo 3” and reveals that “millions have been slaughtered by the actions of the High Heavens and Burning Hells alike.”

The trailer closes with the reveal that Lillith of Diablo II has been brought back to the mortal world. While some cinematic trailers do at least give a sense of gameplay, this is not one of those; the trailer is strictly there for worldbuilding and depicts events that presumably happened before players will enter the game.

While it certainly set the tone for the game, the cinematic trailer (thankfully) wasn’t all that Blizzard had for us. We also got a gameplay trailer of an early look at what to expect when you fire up Diablo 4 on your console or PC. It’s important to remember that this was probably made at least two years prior to the release of the game, so expect to see some differences between the final designs and what is on display here.

I have to give Blizzard credit for this trailer. While there are cinematic sections for the narration, it is otherwise jam-packed with legitimate gameplay, which is more than I can say for many of the so-called gameplay trailers that we’ve seen in the run-up to the PS5 and Xbox Series X launch. And those are for games that are coming out in just a few months in some cases.

The gameplay trailer gives us a look at the three classes that have been revealed so far: the barbarian, the sorceress, and the druid. The angled top-down combat will look very familiar to longtime fans of the series, and it's clear Blizzard isn’t completely reinventing the wheel with Diablo 4. We see both solo and multiplayer fighting with lower-level fights against wolves and skeletons along with some more spectacular battles against singular foes.

Blizzard also gives a number of shots of the characters traversing the landscape on horseback, signaling the world of Diablo 4 is much larger than any of the previous installments in the series. So we can expect a fair amount of travel and a wide range of environments.

While we didn’t get a look at it in the gameplay trailer, in June, the Diablo 4 developers revealed that there will be three types of cutscenes in the final game. The goal is to avoid breaking player immersion. Speaking to any non-playable character (NPC) will cause a zoomed camera angle to focus on the NPC with a standard set of animations applied. Critical NPCs will get the same camera angle, but are treated to specific hand-crafted animations. For the most crucial points in the game, there will be real-time cinematics, but they will include the full customization of your character and Blizzard has said that these are few and far between.

Blizzard told us the basic plotline but if you want to go into Diablo 4 completely blind, don’t worry, we don’t have any real spoilers for you.

Diablo 4’s storyline begins decades following the Diablo 3 Reaper of Souls expansion events. The world of Sanctuary is still in darkness and chaos with famine and strife gripping the land.

As was covered in the cinematic trailer, Lilith has now returned to Sanctuary (a world she took part in creating) via the depicted dark blood ritual and we expect she will be the primary enemy in Diablo 4.

As far as the overall story, that’s all we have so far. In its panel on the world and lore of Diablo 4, the team was very focused on the smaller stories in the game being more of a driving force than the massive overarching story as was seen in Diablo 3. Speaking to NPC villagers and exploring the world and side quests will be how players become informed about what is happening across Sanctuary.

So far, there are three classes officially announced for Diablo 4: barbarian, sorceress, and druid. The Blizzard team confirmed in a panel following the announcement that there will be five playable classes in the final game, but we have yet to hear what those two remaining classes will be.

Barbarian, as you might expect, is a big hulking brute of a character that can run into combat with reckless abandon wielding one or two weapons to lay waste to your enemies. The barbarian can buff to power up his attacks and has a special ability that causes area of effect damage centered on his attack.

Sorceress naturally gravitates to more ranged attacks with a variety of magic to hurl at enemies, including ice bolts, fireballs and lighting. When cornered by enemies, she can transform herself into a ball of lightning, making herself temporarily invincible and dealing area of effect damage in her immediate vicinity.

Last up, we have the triumphant return of the druid, a fan favorite from the Diablo 2 expansion that was missing from Diablo 3. He is a shape-shifter that can transform into a bear and wolf form depending on whether speed or power is the answer to the current battle. The druid will also have the ability to summon two wolves to assist in combat.

While we wait for additional rumors or official confirmation of the final two classes, some of the classes from Diablo 2 and 3 that could potentially fill out the roster include the Amazon, Assassin, Crusader, Demon Hunter, Monk, Necromancer, Paladin, or Witch Doctor. Necromancer is the only other class that hasn’t been officially announced for Diablo 4 that was in both 2 and 3, so we expect it will claim one of those remaining spots.

Diablo 4 has gone to an open-world map, allowing you to move between five distinct regions. We’ve only seen a small glimpse of it so far in the playable demo that was shown off at BlizzCon 2019. We don’t have a great sense of the scale just yet, but it is certainly vastly larger than any previous Diablo game.

The five regions in the game are Kehjistan, Scosglen, Hawezar, the Dry Steppes and the Fractured Peaks. As previously mentioned, players can use horses and perhaps other mounts to traverse large distances.

The overall map is fixed, as are the NPCs, but there are randomized dungeons. Players are all in a shared world, but the game is not an MMO. When entering dungeons, you will be limited to either being solo or with your established party. Specific world events will, however, exist that will allow all players to fight together.

Specific PvP areas will exist on the map, but players will need to opt-in to PvP if they wish to participate.

Camps are one new addition to Diablo 4. These areas on the map were taken over by enemies and, once players clear them out, they will become a safe waypoint location with NPCs.

There will be a whole host of different monsters again for Diablo 4 and this time the team is sorting them into “families” that will all reflect a similar fighting style.

So far, we have heard about the Cannibals, the Cultists, and the Drowned. In the February 2020 quarterly update, the team covered the Cannibals in detail to give a sense of how these families of monsters work.

The Cannibal family is entirely melee-based, featuring “supernatural swiftness” and they will “close the gap by leaping over obstacles and would-be competitors,” which should make for some extremely fast-paced and close-quarters battles.

Other families have a wider variety of attacks. The Drowned, for example, features five distinct archetypes: “bruiser, ranged combat, melee combat, swarmer, and dungeon boss.” Obviously, each of these will require players to utilize varying strategies of their own to contend with the different methods of attack, so identifying which monster family is attacking you isn’t enough to determine how to respond.

You can't play Diablo 4 offline and you are in a shared world with other players, and yet,  the game is not a true MMO. Diablo 4’s game director Luis Barriga answered this head-on in the June 2020 quarterly update saying, “We find that the game stops feeling like Diablo and the world feels less dangerous when you see other players too often or in too high numbers.”

So while you in the midst of a story or a dungeon, you will never run into other players, but once a story section is complete and you are merely operating in a safe town or traveling on the open road, you will see some other players. However, you should never feel crowded or that you are waiting in line forever to enter a specific dungeon or area.

The exceptions to this are, of course, the PvP areas with large world events where you are deliberately fighting alongside all of the other players in the area to defeat some significant threat. With the latter, you can participate without specifically partying up with a group; simply jump in and start battling and you will be rewarded along with the rest.