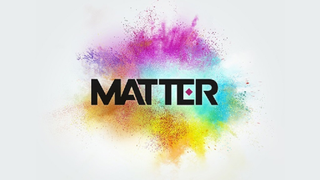 Bungie is gearing up for its next independent property called Matter, according to a trademark filing from September 2018.

There's a lot we don't know about the game, but thanks to a few job postings on Bungie's careers page, we know enough to get a general idea of what it might look like. For starters, it's definitely not an expansion to Destiny 2. Bungie CEO Pete Parsons already confirmed that the studio plans to get "other franchises within the marketplace" by 2025.

Additionally, within a job posting for an Incubation Investment Designer, Bungie claims it's looking for someone to help it create the "next great IP." It also hints towards a "giant database of hundreds of baubles, weapons, and armor" and "cleverly" distributing those items to players. This might mean the game will have a similar looting system to Destiny 2.

What's most interesting is that this same post refers to a "necromancer's dungeon." This could mean that Bungie plans to shy away from science fiction for the first time in over two decades.

Thanks to a different job posting for a Lead Combat Designer, we know the game will include "player character perks," which likely means the game will implement progression systems common in role-playing games.

And finally, from this job posting for Incubation Art Director, Bungie is looking for someone to work on "something comedic with lighthearted and whimsical characters." Also, considering the colorful style of Matter's official graphic, we can probably expect something far more fantastical than what we're used to seeing from Bungie.

From these tidbits of information, we can come to a reasonable conclusion that Bungie's next project will be a colorful and humorous role-playing game set in a world where you might find tons of loot in a necromancer's dungeon.