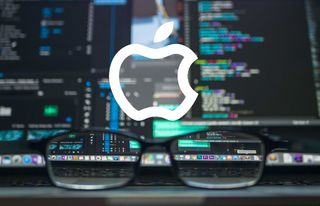 Extracting juicy intel from an Apple insider, The Information explained that Apple Glass passed the prototype stage two months ago and the AR spectacles are currently being manufactured for testing.

What happens with Apple Glass during the trial production stage?

In the case of Apple Glass, the trial production stage indicates that the AR spectacles have entered a phase called Engineering Validation Test (EVT). At the EVT stage, Apple has already locked down the product's design, and the tech megacorp churns out thousands of units to test its suitability for mass production.

The lenses on Apple Glass are reportedly semi-transparent and polarized to offer stereoscopic images. The Information adds that the lenses are challenging to make because they are composed of multiple, super-thin layers that are all susceptible to bubbles, scratches and other marks. Consequently, Apple Glass must be manufactured in dust-free, clean rooms.

Apple Glass is now being developed on a single production line at a China-based Foxconn factory — the location where most iPads are produced.

The Information's inside source also divulged that Apple Glass's lenses are slightly larger than the ones you'd find in your average pair of glasses.

When can we expect Apple Glass to hit the mass consumer market?

To keep abreast of all the latest Apple Glass news, check out our oft-updated Apple Glass rumor hub.