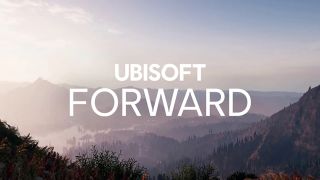 With E3 canceled this year, it's up to the publishers to host events showcasing the upcoming titles for the year and Ubisoft has officially announced its own event for July 12.

Ubisoft is calling the event "Ubisoft Forward" and in its blog post today the company said this will be an "E3-style showcase with plenty of exclusive game news, exciting reveals, and much more (via VentureBeat).

Assassin's Creed Valhalla was a big player in the inaugural Xbox 20/20 event last week, although it turned out to be more of an Xbox Series X trailer reveal event than the gameplay event we were promised. Ubisoft has plenty of other major titles in the pipeline to show off though including Gods and Monsters, Watch Dogs: Legion, and Tom Clancy's Rainbow Six Quarantine to name a few.

Presumably, with full control of the event, the company will be able to give us a deeper dive into the games and hopefully some actual gameplay with either or both next-gen consoles.

Gamers are going to be spoiled with events this summer with more publishers sure to announce showcases in the coming weeks, the monthly updates from Xbox 20/20 including the Xbox Game Studios games reveal that is also coming in July, and the rumored PS5 reveal event next month.

The Ubisoft Forward digital showcase will start at 12PM Pacific Daylight Time (2PM Central, 3PM Eastern) on July 12 and if you can't catch it live we'll be here to catch you up on the latest.