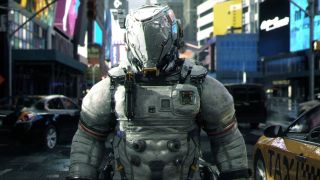 Sony's PS5 Future of Gaming event was a resounding success. The live stream revealed several exciting next-gen titles coming to the PS5, from AAA sequels from beloved franchises to bizarre indie games. We've finally had some time to digest everything we saw at the event (including the console itself) and are ready to bring you our most anticipated games of the next generation.

We asked each member of the Laptop Mag staff to list the games they can't wait to get their hands on. As you can see from our answers, Sony is poised to bring a wide variety of titles spanning various genres. From a sequel to the critically acclaimed Horizon franchise to a game where you play as a stray house cat roaming a cybercity, here are the PS5 games we are most excited about.

I called it on the Noise Cancelling podcast! Aloy was going to usher in the new era of gaming on PlayStation 5 just like she ushered in 4K gaming on the PlayStation 4 Pro. The sequel to the critically acclaimed Horizon Zero Dawn sees Aloy headed west on a mission to save the world yet again. A quick cameo by Sylens, a shady ally from the first game, makes an appearance, which could be good or bad for our protagonist. Either way, I’m excited to jump into this beautiful world and hunt my share of robotic dinosaurs.

OK, so it’s an expansion to 2018’s Spider-Man, but I’m still excited for Spider-Man: Miles Morales. I mean, after watching Into the Spiderverse so many times, I’m geeked to see Morales don the suit and do his own brand of web-slinging justice. The last time we saw Miles, he just revealed to Peter Parker that he had spider powers. I’m curious to see exactly what threat Miles will face and if his move-set will differ from Parkers.

Finally, a new Ratchet & Clank game that isn’t a tie-in to a mediocre movie! I’ve played just about every game in the R&C series right up to A Crack in Time, which left everyone on a huge cliffhanger. Ratchet chose to save the universe over being finally reunited with his fellow Lombaxes, who fled into another dimension long before the events of the first game. Rift Apart looks like Insomniac is finally going to let us meet the missing Lombaxes as the trailer shows Ratchet & Clank leaping through dimensional rifts to various places in the R&C universe. There’s even a mysterious new Lombax female at the end of the trailer. Either way, I’m up for all the wild weaponry and slapstick humor the game promises to bring.

I had the opportunity to demo a little of Oddworld: Soulstorm at last year’s E3 and was excited by what I saw. Abe, the hero at the center of the series, is back and once again trying to free his people from the tyrannical rule of the Glukkons. This time around, Abe is going to need the power of many to prevail in this action-adventure puzzle platformer. Not only will you be scavenging around for weapons to defeat Glukkon obstacles, but you’ll also be recruiting your fellow Mudokens to aid in their escape. But be careful, every decision has a price. The second game in a quintology, I’m eager to see where the story goes.

This new game from Bethesda Studios looks like nothing I’ve ever seen from the developer, and that’s a great thing. Deathloop is the story of two assassins stuck in an endless time loop of death. One assassin is on a mission to eliminate eight targets and break the cycle for good. The other is there to preserve the loop by any means necessary. If the trailer is any indication, Deathloop is a stylish game that's going to be a killer good time.

The trailer opened with a cute strawberry with googly eyes in a forest saying strawbry (?) like a baby. So...of course, I want to play this. Well, that and the Cloudy with a Chance of Meatball vibes I'm getting. Also, it was made by the geniuses behind the hilarious game Octadad, so it's gotta be good, right?

What wasn't in this trailer for the sequel to the revered Horizon: Zero Dawn? The familiar world looks gorgeous and the character designs, especially the evil robotic dinosaurs, are magnificent. We saw a lush jungle, an aqua blue ocean filled with colorful fish, barren tundra and snowy cliffs, all in one 3-minute trailer. As an Xbox One owner, I missed out on Horizon: Zero Dawn, so Forbidden West is going to be a day-one purchase for me.

I mean...come on. It's Spider-man. Even if it's not a full game (it's only an expansion), every PlayStation owner should be stoked about playing as Miles Morales. First, Into the Spiderverse is the best superhero movie of all time (you can @ me on that). Second, the latest Spider-man game was incredible. Third, Miles is a badass version of Spiderman. So yes, this is at the top of my list.

No, seriously, I want to know more about this game. Why did they focus on a cat when there is a fully realized world of sad robots? Can the cat talk? Do you play as a cat? Why did someone spraypaint RIP humans on the wall? Does that mean robots killed humans but found cats to be too cute to destroy? I need to know more.

The highly anticipated sequel to Resident Evil 7 is finally on its way after 4 years, slated to launch sometime in 2021. This game puts the players back in the shoes of Ethan from the previous title, who looks to have been recruited by Umbrella, or the BSAA, or some entity to investigate this so-called “Village.” Chris Redfield is making a return as a possible villain if the trailer is any indication.

I’ll be pretty disappointed if that comes to pass, but anything is possible at this point. What I’m most excited about are freaking werewolves. Resident Evil 8 Village looks like an amalgamation of Resident Evil 7 and Resident Evil 4 with a splash of Van Helsing flair.

I’m a sucker for dystopian games! The Capcom-masterminded Pragmata trailer left many in awe as a leery, high-tech astronaut tip-toed through a post-apocalyptic Times Square. We then observed a silent, but sweet “I’ll protect you” interaction between the astronaut and a cute little girl. However, the child’s odd-looking, stringy hair is proof that next-gen gaming needs to work on making digital manes appear more life-like. Still, I’m excited about Pragmata. My heart sank a little bit when Sony announced that Pragmata is poised to be released in 2022 -- why show such an alluring, captivating trailer only to put us through two more years of painful, gut-wrenching suspense and anticipation?

A snarling, menacing wolf -- looking like a beast made of fiery volcanic ash -- crept by on the Project Athia trailer, and I was hooked. Watching a female lead dart from cliff to cliff enchanted me as she seemed to possess superpowers, including summoning underground entities to help her defeat enemies and survive the wild, unforgiving environment that seemed to be devoid of human life. Project Athia is a working title for the game, so being that this visual masterpiece doesn’t even have a name yet, its launch date is likely far into the future.

From a world-building perspective alone, I love what Guerrilla Games has created in the Horizon universe. From the glimpses we got into Horizon: Forbidden West in the reveal trailer, the company has taken what so many loved about the original and expanded it immensely.

The character design and artwork remain fantastic, and if the rumors about the sheer scale of this game are true, it is going to be an excellent test for the PS5’s much-vaunted SSD. Just exploring this world, including the ruins of San Francisco, seems like it could be hours of entertainment, and then you get to try to take down a robotic mammoth. I’m sold. I can’t wait to find out what happens in the next chapter of Aloy’s story.

This is one of those games that I had never heard of or seen until the event, and I just have to know more. The game comes from Annapurna Interactive, the publisher behind What Remains of Edith Finch, which was a remarkable storytelling experience. In Stray, you are a cat exploring a once-human world that is now populated by robots. I mean, before I know anything else about it, that already has me hooked. The team has said that the gameplay will involve exploration, puzzle-solving, and action sequences. Oh and you can meow endlessly at the robots just to annoy them, how can you resist?

The gorgeous character design drew me into this one immediately and the trailer continued to deliver. It’s another third-person action-adventure RPG game, but the style and the adorable little “spirit companions” that can manipulate the environment put an interesting spin on that well-trodden genre. I’m not sure how deep of a game Kena: Bridge of Spirits will be, but with the pacing, artwork, and unique mechanics, it certainly looks like it will be a fun ride.

Finally, after 11 years of waiting, we’re seeing Demon’s Souls come back into the spotlight. And holy hell, it looks phenomenal. We already have five screenshots, and Twitter user Illusorywall has put these screens side by side to show how different this re-envisioning looks. I'm excited to see how Bluepoint Games handles rebalancing combat, creating new areas (hopefully they’ll finish the Land of the Giants), and perfecting already existing locations. Demon’s Souls is a masterpiece, and I’m so damn hyped to play it again.

After rebooting their beloved Ratchet & Clank franchise, it seems as if Insomniac is returning to this series with a new mindset. Instead of recreating each game one after another, they’ve inserted a theme about traveling between worlds through a rift. My theory is that this was done so they could both create new incredible worlds and revisit classic concepts from the series. We also got a quick glimpse at a new character, and the internet is already fawning over her.

As someone who constantly boasts that LittleBigPlanet is their favorite game of all time, it’s hard to put into words how excited I am for Sackboy: A Big Adventure. While this may seem like a silly claim, this trailer absolutely blew me away with creative environments, its use of color and the seamless platforming. There’s an incredible amount of visual variety within this world, and it’s great to see Sumo Digital step away from attempting to emulate the success of LittleBigPlanet and just make a whole new adventure starring Sony’s greatest mascot.