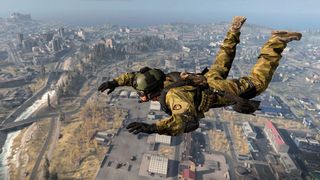 Call of Duty fans will be interested in knowing that a new game installment is on schedule for release this year. According to Getmatu via Twitter, the company behind the 17-year old game franchise, Activision Blizzard, said during an investor call that it's on track to release a "premium" Call of Duty game in 2020.

In the earnings call, transcribed by Motley Fool, Activision detailed its game release plans for 2020 amidst the ongoing COVID-19 pandemic.

"Our development and commercial teams quickly adapted to this new work environment," Bobby Kotick, Activision chief executive officer, said during the call. "And as of now, we're on track to deliver compelling new content, including the World of Warcraft: Shadowlands expansion and the next premium Call of Duty release, both of which are planned for the second half of the year."

"We will also continue to deliver in-game experiences for our other key franchises across our portfolio, and we continue to expect to begin regional playtesting for Diablo Immortal and certain other mobile titles," Dennis Durkin, chief financial officer and president of emerging businesses at Activision, added.

We expect the upcoming game will work on the new Xbox Series X and PS5 consoles, both of which are expected toward the end of this year.

As of now, we can only speculate what the next Call of Duty's gameplay will be like. Previous reports suggest that it's a Black Ops 5 version that will be grittier than Call of Duty: Modern Warfare.

Back in April, Activision released the 150-player battle royale, Call of Duty Warzone. This free-to-play game for PC, Xbox, PS4, and mobile features all the guns, modes and gameplay COD is renowned for.