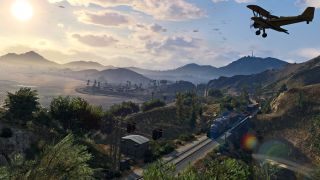 While Grand Theft Auto VI has been all but officially confirmed, a Kotaku report revealed management has already laid out a plan for the next game in the Grand Theft Auto series. So, Rockstar is at least somewhere in the development process. And there are plenty of other rumors and reports that suggest Rockstar might be further along than we think.

Here’s everything we know so far about Grand Theft Auto VI.

There are a ton of rumors about when Grand Theft Auto VI is actually going to be released and if it’ll come in time for the next generation consoles. If recent developments are any indication, we might not see Grand Theft Auto VI for at least a few more years.

As reported by VentureBeat, Take-Two laid out its financial plans for the next five years, aka a 10-K SEC filing, which revealed that the company intends on spending $89 million on marketing between April 2023 and March 2024. That’s over half the marketing budget expected for any fiscal year over the next decade.

Industry analyst Jeff Cohen predicts that Grand Theft Auto VI will actually release during this window. Included in VentureBeat’s report, Cohen’s note to investors revealed that the previous marketing budgets predicted the releases of other Take-Two Interactive games, such as Red Dead Redemption 2

So, it’s more than likely that we’ll get Grand Theft Auto VI within that April 2023 to March 2024 release window, which’ll be after the next-gen consoles have had a chance to mature a bit. But, of course, this is still just a prediction, and things are subject to change from now until then.

While we still know nothing confirmed about Grand Theft Auto VI, there's currently a PS5 State of Play set for August 6, which might be the place that GTA 6 gets revealed, since GTA 5 made an appearance at the last PS5 event.

While we don’t have anything concrete or confirmed so far, it’s hard to imagine very much changing with the traditional Grand Theft Auto gameplay. What we’re looking forward to and what we expect is minor tweaks to make Grand Theft Auto VI movement and gameplay feel more natural.

The same goes for every other mechanic the game has to offer. We imagine, at the very least, the major improvements in Grand Theft Auto VI’s gameplay will revolve around making it a much smoother gaming experience.

While Grand Theft Auto V revolves around heists, it’s unclear what kind of story Grand Theft Auto VI will deliver. It may very well be about heisting once again, but we do hope that some of the themes are different, especially to reflect the state of the world we currently live in.

However, Chris explains that there were also many changes to Red Dead Redemption 2’s story during development, despite it being completed in 2012.

“They still made changes in late 2017, early 2018, and many little details were modified," Chris explained.

The setting of a Grand Theft Auto game is one of the most important aspects of the world and the gameplay. In Grand Theft Auto IV, New York City took center stage, whereas the previous game, Grand Theft Auto V, threw the player in Los Angeles. There’s been a ton of speculation as to where Grand Theft Auto VI will take place. Rumors have suggested that London could be the next setting, or even a trip back down to Vice City, which is Rockstar’s version of Miami.

“At the moment, it feels like GTA’s DNA is contemporary-ish, American-ish, English-speaking-ish, because that’s what it has been… But that doesn’t necessarily limit it to those, that’s just what we’ve done so far.”

Rockstar Games sources previously suggested that London was the only non-US location to be a potential GTA setting (via Tech Radar).

YouTube channel Inside Gaming claimed a source said that Grand Theft Auto VI was coming in 2021 or 2022 and is being developed under the code name Project Americas. Apparently, the name was given due to the ability for players to fly between the United States and South America, suggesting that the US city would be Vice City. Apparently, the game would focus on drug running.

A leaked letter asking a Florida store for permission for Rockstar Games to inspect the premises also came to light. The letter also mentioned location scout Leah Sokolowsky who hinted at a large digital media client in a podcast back in May 2019 (via Daily Star). Ex-Rockstar leaker, @Yan2295, legitimized the letter:

"Leah, the location scout from the letter, is legit. She mentioned in a podcast working with a large digital media company, with whom she signed a NDA," said Yan2295.

Just thinking about what the next GTA Online could look like is giving me a migraine. There’s nothing on the record about the next online system, but if it’s anything like the current GTA Online, I’m not sure if I can bring myself to play it.

The current GTA Online is a money-making machine for Rockstar. These DLCs are disguised as free, but in reality, they’re much more expensive than what a traditional paid DLC would be. Sure, you could earn the money in-game, but it’ll take you weeks of dedication to buy one cool car. Or you could spend $50 bucks and get a bunch of money in-game -- and by a bunch of money, I mean you could probably afford one or two cool cars.

Whatever the online mechanics are, Rockstar needs to seriously reconfigure its online systems to let people earn money at a decent rate. The way Rockstar runs its online system is unprecedented. There are some games that let you earn the DLC, like Rainbow Six Siege, but if you pay for the DLC instead, you own it, end of story.

Thank you for reading my mini-rant.

While Rockstar is notorious for delaying the PC releases for its games, we expect Grand Theft Auto VI to arrive on PC within at least a year of the original console release. By then, the specs we have now might be lacking considering that games will be running on SSDs and require much stronger graphics. However, we could glean something by looking at the current minimum and recommended requirements of Red Dead Redemption 2.

Since Red Dead Redemption 2 managed to stay a generation behind on its GPU for recommended specs, it’s possible that Grand Theft Auto VI will require an RTX 2060 Super GPU to run properly. And that’s assuming Nvidia releases another series of GPUs between now and Grand Theft Auto VI’s launch date.