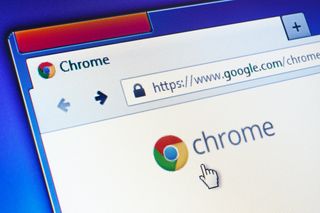 Chrome is a massively popular web browser, but opening too many Chrome tabs at once can cause serious computer slowdowns. Chrome has been the source of performance problems for long enough to gain a reputation for being resource-hungry, particularly when it comes to system RAM.

Part of the reason the browser demands so much RAM is because of all those pesky ads running in the background of the websites you visit. Yes, ads fund the internet, but they can also ruin a browsing experience if they're not well optimized.

Now Google is taking a stand against those offenders and blocking any ads that require too many system resources.

First reported by 9to5Google, Chrome developers have released a Chromium commit that "unloads ad iframe" if they are deemed to be using an "egregious amount of system resources."

More specifically: "This intervention unloads ads that are in the .1% of bandwidth usage, .1% of CPU usage per minute, and .1% of overall CPU time. The current numbers are 4MB network and 60 seconds CPU, but may be changed as more data is available," the Chromium document states.

When a "heavy ad" breaches those thresholds, it will be removed and replaced with an error message explaining why it was taken down.

These flags mean ad-blocking is currently in the experimental phase and won't be rolled out before Chrome 80.

Removing system-intensive ads is one of many actions Google has taken to create a better browsing experience for Chrome users.

Of course, Google can't afford to remove all ads, which are a primary source of revenue. But by targeting only certain ads, Google can improve the user experience without putting a hole in its ad business.

Google hasn't officially launched the ad-blocking feature, so we'll have to wait patiently to see how it will affect the Chrome browsing experience. If it means we can keep more tabs open without taxing our laptops, then we're in favor.