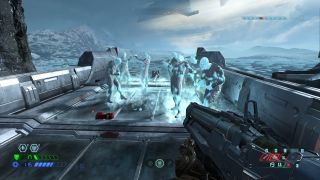 Doom Eternal got review bombed on Steam recently because of an update that added the Denuvo anti-cheat software as well as a flurry of performance issues.

However, id Software plans on removing Denuvo and fixing all of the performance issues in the next patch.

“Despite our best intentions, feedback from players has made it clear that we must re-evaluate our approach to anti-cheat integration,” executive producer Marty Stratton wrote on the Doom subreddit.

“With that, we will be removing the anti-cheat technology from the game in our next PC update," he added. "As we examine any future of anti-cheat in DOOM Eternal, at a minimum we must consider giving campaign-only players the ability to play without anti-cheat software installed, as well as ensure the overall timing of any anti-cheat integration better aligns with player expectations around clear initiatives – like ranked or competitive play – where demand for anti-cheat is far greater.”

To be clear, Stratton mentioned that the Denuvo anti-cheat software isn't causing the performance issues players are experiencing. Instead, the problems “are based on a code change ... around VRAM allocation.”

Regardless, the Denuvo anti-cheat software is problematic because it requires deep access into your PC -- a level that is a little too extreme for some players who want it removed. An anti-cheat software shouldn't have to ask you to turn your head and cough if all you want to do is play single-player.

It's unclear when the next Doom Eternal patch will roll around, so stay tuned.