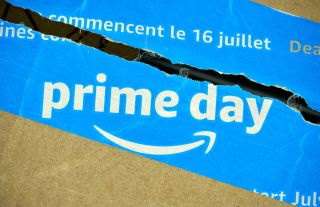 Patience, Amazon US Prime membership holders looking bargains. As we reported in July, Amazon Prime Day in the US is postponed until October.

Amazon acknowledged the online shopping event's delay in a statement, however, the date and time of Prime Day 2020 in the US remains a mystery. Meanwhile, Amazon India's Prime Day held on August 6-7 was a huge success.

"This Prime Day was dedicated to our small business (SMB) partners, who have been increasingly looking to Amazon to keep their businesses running. We are humbled that we were able to help as this was our biggest Prime Day ever for small businesses," Amit Agarwal, SVP and Country Manager, Amazon India said in a blog post.

Amazon India also reveals that twice as many customers signed up for a Prime membership during Prime Day 2020 compared to last year. What's more, Alexa played a huge role in Prime Day with 3X more queries compared to an average day.

In terms of Prime Day deals, work/study from home essentials made up a bulk of the purchases with customers snagging deals on laptops, monitors, printers and wearables. Among this year's top-selling notebook PC brands were Asus, Dell, HP, and Lenovo. Samsung was the go-to brand for shoppers in the tablet department.

Traditionally, Prime Day is one of the biggest retail holidays of the year. It's like the Super Bowl of online retail. This marks the first time in Prime Day history that the shopping event will take place in a season other than summer.

Prime Day is usually held in early July to commemorate the Jeff Bezos owned company's founding date of July 5, 1994. This made-up celebration gives Prime members exclusive access to sitewide deals on everything from Fire Tablets to the industry's best laptops.

Amazon and its workers have been leading the charge in supplying essential goods to consumers during the ongoing pandemic. With the current dependency on online shopping due to quarantine, the eCommerce giant temporarily paused the shipping of non-essential products to handle the influx of orders.

Now that the ban is lifted, the company is expected to shift its focus toward Amazon Prime Day 2020. While we wait for Prime Day in the US to be announced, Amazon's dedicated Prime Day page highlights Prime Day 2019's best selling products around the world.

In the meantime, we're recapping last year's best Prime Day deals as well as deals we want to see this year.

What is Amazon Prime Day?

The day was such a success that Amazon made Prime Day an annual tradition and has expanded the holiday to numerous countries including Spain, Japan, Austria, Mexico, and more.

When is the next Amazon Prime Day?

The next Amazon Prime Day's date and start time hasn't officially been announced yet. Due to the ongoing COVID-19 pandemic, Amazon Prime Day 2020 is purportedly postponed until October.

Over the past five years, Prime Day has typically been celebrated during the second or third week of July.

That said, Amazon usually has a lead up to Prime Day with "unofficial" deals that start as early as June. Reports suggest that Amazon has plans to kick off Prime Day 2020 shopping promotions even earlier this year.

In a nutshell, it already has. The online shopping industry is already feeling the impact of the ongoing COVID-19 pandemic. Amazon is so flooded with customer orders that it temporarily stopped some of its shipping services to fulfill orders.

Previously pushed back until September, a new report suggests that Amazon Prime Day 2020 is now postponed until October.

What's more, Prime membership perks like one-day or even two-day shipping are no longer available for many customers. As a result, some Prime members are cancelling their memberships. Prime members are also taking to social media to vent their frustrations about month long shipping delays, lost packages, and unexpectedly cancelled orders.

"Unlike a predictable holiday surge, this spike occurred with little warning, creating major challenges for our suppliers and delivery network," Amazon founder and CEO Jeff Bezos said in the company's annual letter to shareholders.

Despite shipping delays, as GeekWire reports, a recent survey from finance analyst RBC Capital Markets reveals that 67% of Amazon shoppers are Prime members, up from last year's tally of 59%.

Amazon isn't one to shy away from big events to promote Prime Day. For the past two years, Amazon has kicked off its Prime Day celebration with a Prime Day concert that all Prime members can stream live via Amazon's website.

Both concerts were held in New York and 2019's concert was available for streaming throughout Prime Day. (For Prime members only, naturally). Amazon could take a page out of iHeartRadio's book and host a Prime Day 2020 living room concert.

Should I wait for Amazon Prime Day deals?

As of now, Labor Day is the only major U.S. holiday that stands between shoppers and Amazon Prime Day 2020. This begs the question — is it worth waiting for Prime Day deals to begin?

Not necessarily. That's because there are plenty of excellent Amazon deals available right now. However, as we inch closer to Prime Day, it may be better to wait. By mid September, you'll likely save even more money if you wait for Prime Day deals to start trickling in.

And to make up for the tentative three month-long delay, Prime Day 2020 deals could be bigger than ever. Currently, in what appears to be Prime Day preview, Amazon is taking up to $50 off its best-selling Fire HD tablets.

For instance, you can get the new Amazon FIre HD 8 for just $59 which is its lowest price ever. The popular Fire HD 10 is also back down to an all-time low price of $99.

Fire HD 10 Tablet: was $149 now $99 @ Amazon
With its bright, vivid display and speedy performance, the Amazon Fire HD 10 is a solid choice if you're looking for an affordable tablet that you can take everywhere. At $50 off, it's an even better value. View Deal

This gives us a preview of what deals to expect for Amazon Prime Day 2020.

What are the best Prime Day 2020 laptop deals?

We saw some excellent Prime Day deals on laptops. This year, we expect a plethora of equally jaw-dropping laptop deals. Expect to see deals on 2020 Dell XPS 10th Gen chip laptops alongside deals on the 2020 MacBook Air.

The latest entry model MacBook Air was recently on sale for as low as $899, so expect this deal to resurface on Prime Day 2020.

If you don't want to wait, select MacBooks and XPS laptops are on sale right now:

What are the best Prime Day 2020 Whole Foods deals?

When Prime Day arrives, simply come back to this page and we'll show you the day's best deals. Amazon will also have a Prime Day hub you can visit at Amazon.com/PrimeDay.

If you prefer mobile shopping, download the free Amazon mobile app for Android and iOS to get Amazon Prime Day 2020 deals on your tablet or phone. Even better, you can shop without having to lift a finger if you already own a Fire HD tablet, Echo smart speaker or other Alexa-enabled Amazon device. You can summon Amazon's voice assistant to help you shop Prime Day deals. Bear in mind that Alexa will give you any deal it finds, good and bad.

More over, you can support your favorite causes when you shop on Prime Day or any other day. Shop from Smile.Amazon.com and Amazon will donate a percentage of your purchases to the charity of your choice.

Lightning Deals are ultra-fast deals available via Amazon's "Today's Deals" page. On Amazon Prime Day, however, all Lightning Deals are exclusive to Prime members only. The deals will be available for a short period of time only, so you must select "Add to Cart" to claim the Lightning Deal you want. Once added to your cart, a countdown timer appears letting you know how much time you have left before the discount expires.

Due to the time sensitive nature of Prime Day Lightning Deals, it's a good idea to watch them before they start. To receive mobile alerts when a Lightning Deal is about to begin, download and install the Amazon app to your smartphone or tablet and turn on notifications.