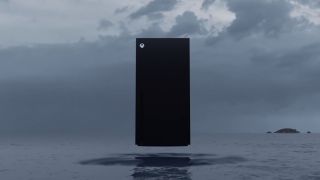 You shouldn't worry about losing your precious library of Xbox One games with the upcoming holiday launch of the Xbox Series X. The highly-anticipated next-gen console will support four generations of backward compatibility, according to Xbox lead Phil Spencer (via The Verge).

Spencer alluded to the Xbox Series X's backward compatibility last December in a blog post, insinuating the feature was a gift of gratitude to gamers who continue to support Xbox.

"You can expect your gaming legacy, thousands of your favorite games across four generations of gaming, all your Xbox One gaming accessories, and industry-leading services like Xbox Game Pass to be available when you power on your Xbox Series X in Holiday 2020," Spencer wrote in mid-December of last year.

"We’re continuing our commitment to compatibility with Xbox Series X and investing in technology that makes game ownership easier across generations," Spencer wrote.

In other words, Xbox gamers can expect compatibility with their existing Xbox One games, as well as backward-compatibility for games and accessories made for the Xbox 360 and the original Xbox.

The next-gen console, according to Spencer, will optimize four generations of gaming with improved resolution, speedier load times and steadier frame rates.

Smart Delivery is another useful feature Microsoft is rolling out. The technology allows users to snag one version of an Xbox-supported game, and their purchase will work on whatever system they're playing it on.

For example, if you purchase Xbox One's Halo Infinite, and then later decide to play it on Xbox Series X, your one-time purchase will provide you with versions of the game optimized for both consoles.

"The idea here is to both ensure players don’t accidentally purchase the wrong version of a game and find themselves unable to play, as well as to make the games in question part of a larger library, regardless of which system they’re playing on," Fanbyte wrote.

Speaking of Halo Infinite, according to Inverse, Microsoft has confirmed that the first-person shooter game will be available via Xbox Game Pass at launch. Game Pass will offer users hundreds of Xbox, Xbox 360 and Xbox One games to enjoy on launch day with the purchase of a monthly subscription fee.

Powered by 12 teraflops of GPU power, support for up to 120 frames per second and quick-resume support for multiple games, the Xbox Series X has us excited. We're especially looking forward to seeing how it stacks up against its competitors, like the PS5, as it hits store shelves this 2020 holiday season.