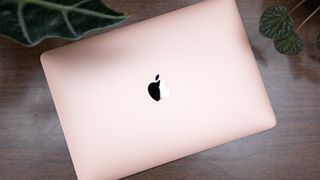 Apple was forced to temporarily shutter its stores on March 14 to help in the worldwide effort to reduce the spread of the coronavirus.

Prior to closing, Apple gave customers a two-day window in which customers were instructed to return to stores to pick up any repaired devices. But some people couldn't make the trip, and their iPhones, iPads and MacBooks will continue collecting dust in empty Apple stores for the foreseeable future.

An Apple spokesperson confirmed in a statement to Business Insider that customers who didn't use the two-day pick-up window were out of luck until stores reopen.

"Some customers did not pick up their devices within the two-day pickup period, and those devices are still in Apple Stores," the spokesperson said. "Unfortunately for those who missed the pickup window, there’s no way for them to get their devices until Apple Stores re-open."

In Apple's defense, the company attempted, via phone and email, to contact customers whose devices were being repaired at its stores.

Apple is one of a long list of companies to close its stores due to the coronavirus, which has infected 350,000 people and led to more than 15,000 deaths at the time of writing. The Cupertino giant originally intended to re-open stores on March 27, but that timeline was changed to "until further notice."

These are trying times for everyone, and extreme measures like closing retail stores are needed to slow down the rapid spread of the coronavirus. Government and health officials are asking people to practice social distancing -- stay at home, avoid crowds -- while officials in several states have ordered lockdowns.

We encourage our readers to stay at home, frequently wash their hands, and see our working from home essentials page to stock up on all the gadgets you'll need for what will hopefully be the short-term future.