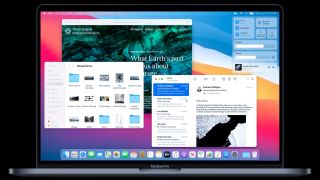 There have been rumors swirling around about numerous new Apple products, including the AirPods Studio, a new iPad and, of course, the MacBook with Apple Silicon. But the release dates were only narrowed down to a fiscal quarter. At least, until now.

A new leak from Twitter user @komiya_kj gives us a timeline for three specific events starting with four new products released via a website update around August 19, next will be the Apple event on September 8 this year, and finally a second special event on October 27 that could include a huge "one more thing" (via Tom's Guide).

As you'd expect of products quietly released on Apple's website, these won't be the heavy hitters arriving on August 19. Instead, Komiya calls it "Triple website updates" suggesting that it will probably be spread across three days.

At the top of our list for these releases is the AirPods Studio, Apple's first over-ear headphones. The rest of the products will presumably include a simple spec bump to the iMac (a redesign would warrant more attention) and both an updated HomePod along with a new HomePod Mini.

The next event will be the traditional iPhone event from Apple, which the leak indicates will be September 8 this year, aligning with past timing. This event will include, most notably, a new iPad. Based on previous rumors, it seems like this should be a larger, faster and perhaps cheaper new iPad Air. Other notable products arriving at this event include the iPhone 12 lineup, new Apple Watch Series 6 and AirTags.

The final event on October 27 will allegedly feature the previously rumored MacBook and MacBook Pro 13-inch with Apple Silicon, an iPad Pro and possibly a reveal of Apple Glass.

The Apple Glass piece was thrown on later by Komiya and, according to their sources, hinges on whether the October event can be held in person. If it's virtual, the reveal will be delayed, which aligns with previous rumors.

The iPad Pro is the one odd inclusion here as most rumors have pointed to new iPad Pros with 5G and miniLED displays being pushed into 2021, so this could either be the once-rumored 5G upgraded version of the current iPad Pro or some other middle ground.

Almost unquestionably the most important releases of all for Apple on this list are the MacBook and MacBook Pro with Apple Silicon as the company's transition to ARM has massive ramifications for Apple and across the rest of the industry.

It's no surprise that this announcement would be the last of the year; Apple just made the transition official back on June 22 and it needs to give developers as much time as possible to get their apps in order before the hardware starts to reach customers.

We did also happen to get some new benchmarks for the Developer Transition Kit that Apple seeded to developers following WWDC; these Geekbench 5 results were first spotted by 9to5Mac and, compared to the previous benchmarks based on Rosetta 2 emulation, the performance has made the leap to being comparable to the MacBook Air (2020) to the MacBook Pro (2020).

The new tests, which are from a developer kit, are expected to be less powerful than what Apple actually ships in the MacBook and MacBook Pro with Apple Silicon. It managed a single-core score of 1,098 and a multi-core score of 4,555.

This multi-core score destroys the Geekbench 5 results that we saw from the MacBook Air this year (2,738) and even edged out the MacBook Pro (4,399). Not surprisingly, they are roughly on par with the current iPad Pros.

It's hard not to be excited about these results. With the hardware seemingly humming along, the question for these Apple Silicon-based MacBooks is going to come down to software support. We'll just have to wait and see whether Apple has secured the buy-in from developers that it needs to make the transition relatively seamless for customers this year.