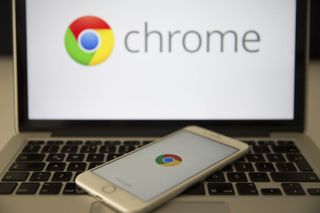 Android users may be dying to purge their Gmail of spam and other unwanted rubbish, but a new bug is preventing users from trashing their inbox of digital waste, Android Police reported (via Android Central).

Prior to the bug, Gmail users were granted the convenient option of clearing their spam folders -- embodied as an "Empty spam now" link --  with just one easy-breezy click.

Don't worry, though. You won't be swamped with Nigerian prince emails for too long. Google is aware of the problem and engineers are working to flick off the bothersome bug.

In the meantime, helpful posters on a Gmail Help thread are offering affected users with a workaround solution:

"Turn phone to landscape mode and it shows up. It's not the end of the world. It still works you just got to spin your phone a little bit," Bill Hughes 964 wrote.

Links to empty your trash and spam folders still exist for Gmail's desktop version. So if all else fails, fire up Chrome.