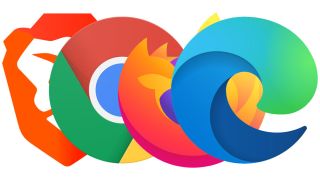 Third-party lurkers hungry for your web history and other personal data won't be happy about Firefox's upcoming default implementation. The Mozilla web browser will be rolling out DNS over HTTPS (DoH), which will improve users' internet privacy, according to The Verge.

Traditionally, when you type a domain name into your address bar (e.g. www.laptopmag.com), your browser transmits a request over the web to discover the IP address for that website. The problem with this, though, is that the request is dispatched to servers over a plain-text connection that is not encrypted. This means of communicating makes it easy for third-parties to snoop through your web history.

"Because there is no encryption, other devices along the way might collect (or even block or change) this data too. DNS lookups are sent to servers that can spy on your website browsing history without either informing you or publishing a policy about what they do with that information," Mozilla wrote in a blog post.

DoH, on the other hand, encrypts a part of your internet traffic and decreases the possibility of your data being intercepted by prying trackers. Mobilizing an effort to better protect its users' privacy, Mozilla is now rolling out DoH by default.

Explaining how they're putting this into effect, Mozilla added: "We do this by performing DNS lookups in an encrypted HTTPS connection. This helps hide your browsing history from attackers on the network, helps prevent data collection by third parties on the network that ties your computer to websites you visit."

How to enable DoH in Firefox

Mozilla noted that this DoH default setting will only be enabled for US users.  But those outside of the US can manually implement DNS over HTTPS by clicking the following sequentially: Settings, General, Network Settings and another Settings button. Finally, tick the "Enable DNS over HTTPS" option.

Users, according to Mozilla, will have the option to select from two providers that will protect their web connection: Cloudfare and NextDNS.

This implementation comes with some controversy, though. UK's Internet Services Providers' Association (ISPA) -- a trade group for web service providers -- called Mozilla an "internet villain" because they perceive Firefox's DoH move as a "way to bypass UK filtering obligations and parental controls, undermining internet safety standards in the UK."

The ISPA may have to deal with a few more "villains" popping up in the future.

Many other browsers, Mozilla wrote, are following Firefox's footsteps to support DoH. They have not implemented DoH as a default setting yet, but search engines such as Chrome, Chrominum-based Microsoft Edge and Opera have made DoH an option for users.