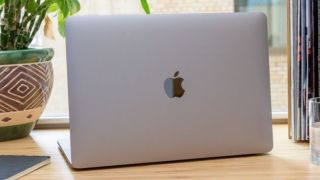 Don't hold your breath for a new MacBook Pro or iPad Pro. Reliable Apple analyst Ming-Chi Kuo (via 9to5Mac) sent out an investor's note on Monday with a schedule for when the iPad and MacBook would be released.

Rumors about an iPad Pro and 16-inch MacBook Pro with a MiniLED display have run rampant over the past few weeks. Kuo was among the first to speculate about such devices, and had initially estimated a late 2020 or early 2021 release. His latest timeline suggests Apple is on pace for the earlier time slot.

For those confused by the alphabet soup of display technology, MiniLED uses more LEDs than OLED. These pixels are extremely tiny, which could give Apple the means of reducing the size of its products even further without sacrificing picture quality.

Kuo not only predicted when these devices would be released but he also provided some kindling for those hoping to keep warm with rumors before the devices are launched. According to Kuo, the upcoming iPad Pro will arrive in Q3 of 2020 and will feature an A14X processor.

The 16-inch MacBook Pro will come soon behind, with a Q4 unveil, but there's no word on what will power the machine (presumably the latest Intel chips).

The iPad Pro and MacBook Pro are just the start for Apple and its use of MiniLED panels. Kuo predicts Apple could release four to six new devices with MiniLED displays over time, which hopefully means the technology will trickle down to its more affordable offerings.