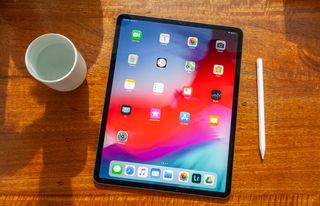 If you make use of the Personal Hotspot feature on your iPad or iPhone and feel like things haven't been working reliably, then you aren't alone. A document sent to Apple Authorized Service Providers recently acknowledged an ongoing Personal Hotspot issue in iOS 13 and iPadOS 13 (via MacRumors).

Complaints regarding the issue have persisted since iOS 13.1.2, which was released at the end of September last year.

The issue seems to exist across multiple generations of iPads and iPhones, so it's strictly a software problem. Interestingly, the hotspot problems vary from user to user and range from difficulties connecting to the Personal Hotspot to inconsistent data speeds, and frequent disconnections.

iPad hotspot issues: What to do

The solution, at the moment, is one all too familiar to tech enthusiasts: turn Personal Hotspot off and on again. By all appearances, the issue has not been resolved because the iPad OS 13.4 update does not mention any fix in the release notes.

Hopefully, Apple addresses this in the next update, but it's disconcerting to see a problem like this persist halfway through a major OS release cycle.