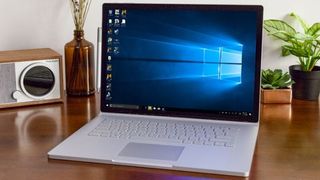 Another day, another Windows 10 blunder. We recently reported on problems created by a Windows 10 update that was meant to fix lingering issues with the Search bar. Users complained about a range of issues, from not being able to download the patch to boot issues after installing it.

We now have a better idea of the problems the optional update is causing -- and it ain't pretty. As TechRadar reports, one widespread issue is that the Sign Tool app is crashing when the update completes.

You probably haven't heard of Sign Tool, but it's an important program for admins who verify and sign files. When the failed KB4535996 update installs, users are getting hit with an error message, and are forced to uninstall the update (which is probably for the best, anyway).

As I mentioned, some users are unable to boot up their systems altogether. Now, those that can are complaining that the booting process is taking longer than normal. The worst-case scenario is if your system boot loops, or gets stuck in an endless cycle of restarting. If that happens to you, then boot your system in Safe Mode, go to Settings and uninstall the Windows 10 KB4535996 update.

Even gaming PCs are suffering from the update, with some users reporting significant frame-rate drops. This suggests the update is straining the components inside these systems.

Microsoft says everything is OK

Microsoft has yet to acknowledge any of the complaints being made across various forums and social media platforms. The official update page even says "Microsoft is not currently aware of any issues with this update."

I reached out to Microsoft to ensure they were aware of these reports, and will update this article if I get a response.