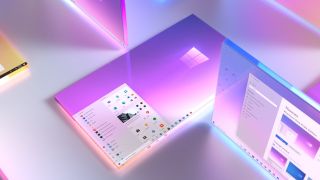 In the future, instead of purchasing and downloading the OS then installing apps separately, this virtualized experience will bundle Windows with productivity apps and sell them via a subscription.

ZDNet discovered a job description posted on June 5 looking for a "program manager for Microsoft's Cloud PC team" on the Microsoft careers site. The listing doesn't give any detailed information but it's enough to know that Microsoft is working on new ways of bringing Windows and 365 to customers.

Windows Cloud PC will be Microsoft 365-powered and sold at a flat per-user rate, instead of the fluctuating or tiered costs typically seen with cloud services.

"Microsoft Cloud PC is a strategic, new offering that is built on top of Windows Virtual Desktop to delivering Desktop as a Service," the listing states. "At its core, Cloud PC provides business customers a modern, elastic, cloud-based Windows experience and will allow organizations to stay current in a more simplistic and scalable manner."

When will Windows Cloud PC arrive?

ZDNet's Mary Jo Foley, who has reliable sources at Microsoft, says the Cloud PC subscription program could launch by next spring. When pressed, Microsoft officials said they "will not comment on rumors and speculation."

We've heard similar reports over the years about Microsoft shifting Windows 10 to a cloud-based service. In 2014, rumors ran rampant about a "Windows 365" subscription service that would be similar to the one described in this article. It never happened. Instead, Microsoft bundled Windows into other services, like Microsoft Managed Desktop (MMD) and Windows Virtual Desktop.

A cloud-based Windows 10 desktop-as-a-service would likely be aimed at enterprise users, transforming cheap PCs that don't have the beefiest specs into what is essentially a thin client borrowing resources from a remote server to power Windows and run apps.