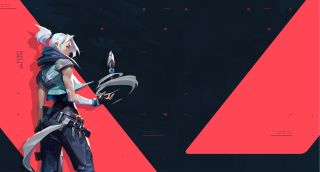 Valorant has been in closed beta for the past two months, and now Riot Games is ready to bring it out of the shadows. The new tactical hero FPS will officially launch on PC on June 2.

Valorant will be free-to-play in "a majority of the regions worldwide," such as North America and Europe. Shortly after launch, Riot intends to add new content to the game, including characters, maps and game modes.

Keep in mind, if you've been playing the beta thus far, all of your progress will be reset once the game officially launches.

It's @RiotSuperCakes and @RiotZiegler back with an important update on the future of VALORANT. pic.twitter.com/qGZfv3DWEbMay 21, 2020

For those running on cheap gaming laptops, you're in luck because Valorant is not a very graphically intensive video game.

If you haven't noticed, Valorant is a very budget-friendly game, especially considering that it's completely free-to-play.

Stay tuned for more coverage of Valorant as its launch creeps up on us in the next couple of weeks.

Acer Nitro 5
Laptops Direct
£799.97
View
We check over 130 million products every day for the best prices
View All Deals
Be In the Know