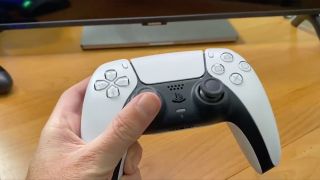 Two of the most hyped PS5 features so far are the new DualSense controller and 3D audio, both designed to make gamers feel more immersed. Unfortunately, we can't get a good grasp of how effective these features are without trying them out firsthand.

Until that day arrives, we'll need to trust Kenji Kimura, the director of Ghostwire: Tokyo Kenji Kimura at Tango: Gameworks, who told IGN that the new DualSense controller will blow gamers away when they first use it (via TechRadar).

"You need to experience it directly because this is very difficult to explain both verbally and in text, but the DualSense Haptics and adaptive triggers felt so good that it made us, the developers, say “woah!” because they allowed for us to feel and experience the various actions and attacks like never before," Kimura stated.

He later said the same of 3D Audio in that it's difficult to explain but needs to be experienced in person because it makes you feel like you're actually in the game.

"You’ll be able to feel like you are there and “feel” the things that are there with 3D audio. The Tokyo in GhostWire, is a city in unique circumstances and, due to that, there are times players will hear not just the familiar sounds of the city but also sounds of the supernatural," Kimura said.

He continued "So there’s also the fun in using those sounds to help solve the mystery and explore the city."

PS5 vs Xbox Series X: A battle of words

The past few weeks have seen famed developers praising next-gen consoles and even choosing their favorites. Earlier this week, Valve co-founder and gaming legend Gabe Newell said "of the two [consoles] I would definitely go with an Xbox."

This war of words might have an effect on customer perception; if popular figures in the gaming world get behind one console, it could influence customers to go in that direction.

But a lot can change between now and when the consoles are released, which is expected in October or November. Rumors of a budget-friendly Xbox Series S continue to surface and we expect Sony to show off more games and features before the PS5 release.

Arguably the most important forthcoming reveal is pricing; Sony and Microsoft appear to be waiting for the last minute to drop the price of their respective consoles. If one significantly undercuts the other then it won't matter what anyone says about their capabilities.