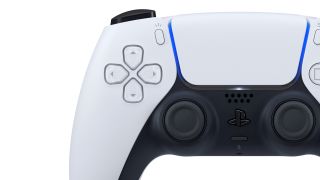 Sony has officially confirmed that the PS5, as well as its first-party PS5 games, won't be delayed by COVID-19.

That's right, the PS5 is on schedule for Holiday 2020 as of right now. Sony revealed this via its earnings report for the fiscal year, which ended on March 31. Here's what we know so far:

PS5 is on schedule to launch Holiday 2020

So you don't have to scroll through that really long report, here is what Sony said about the PS5:

"Regarding the launch of PlayStation 5, although factors such as employees working from home and restrictions on international travel have presented some challenges in regards to part of the testing process and the qualification of production lines, development is progressing with the launch of the console scheduled for the 2020 holiday season."

The report then goes on to talk about Sony's game studios as well as its partners.

"At this point in time major problems have not arisen in the game software development pipeline for Sony’s own first-party studios or its partners’ studios."

It's comforting to know that Sony says nothing will be delayed, but we've been down this road before with games like The Last of Us: Part II. And you have to keep in mind that this is an earnings report, so Sony has every incentive to make itself look good.

Most fans, minus a vocal minority, would prefer to wait for products and games to ensure their quality as well as the safety and well-being of Sony's staff. Right now, there are rumors about a PS5 event being held in June, but Sony has yet to announce anything.