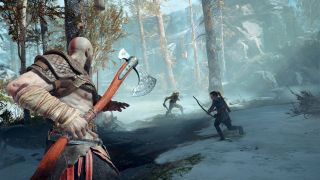 Sony is taking its sweet ol' time revealing the PS5 when we already found out everything about the Xbox Series X back in March. However, games journalist Jeffrey Grubb claims the next PS5 event will take place on June 4.

Grubb posted this claim on Resetera, and there is some weight to it, as he accurately leaked the date of a recent Nintendo Direct. Grubb simply posted, "currently planned for June 4" on a thread about the PS5.

Even if the date is real, Sony is a little late to the party. Not only has Xbox revealed almost everything about its next-gen console, but the company recently announced that we're going to see Xbox Series X games in action on May 7.

Of course, it's unclear how much information Sony intends on revealing at this PS5 event -- we don't even know what the console looks like, let alone what kind of features or games it will have.

As with any leaked information, you should take this with some skepticism. If the date is accurate, I'm sure we'll hear from Sony soon.

Recently, PlayStation announced new release dates for The Last of Us 2 and Ghost of Tsushima. It's more than likely we'll see these two games land on the PS5 as ports as well.