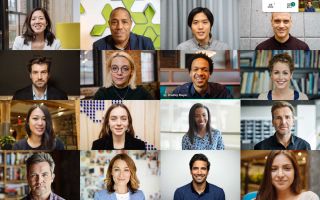 Google Meet is updating its videoconferencing platform to thwart invaders who want to intrude on your private virtual meetings, Google announced (via Engadget).

Zoom went through its own PR disaster with digital infiltrators, also known as "Zoom bombers." Google, learning from Zoom's privacy mistakes, is taking a big step to enhance Meet with stricter security features so that "Google bombers" don't become a thing.

Thanks to Google's new Meet update, anonymous individuals -- defined as users who are not signed into a Google account -- can no longer join virtual meetings launched by G Suite for Education members. This new feature, according to Google, will deter participants from sharing links to anonymous users who may cause disorder on video-conference calls.

"Anonymous users can cause disruption to learning by making noise and sharing content, and become a distraction for the meeting organizer when they try to join meetings," the Google blog said. Consequently, the search-engine giant has now blocked anonymous users from infiltrating Meet calls by default.

Users who do not want this default feature will have to contact G Suite support and request an exception.

The new Google Meet update began rolling out on July 13, and will trickle down to all members gradually. Google promised that all G Suite Education users should receive the new security feature by July 15.