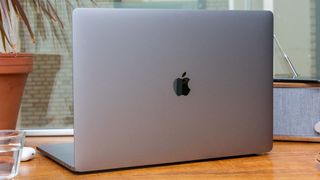 An annoying bug discovered in macOS Catalina is causing the storage drives in MacBooks to fill up faster than they should.

Brought to light by the folks who make NeoFinder, a data organization tool, the bug appears to be caused by macOS' photo transfer feature, Image Capture.

The bug rears its head when you connect an iPhone or iPad to your Mac and use Image Capture to transfer photos. Typically, photos save as HEIC files but if you uncheck "Keep Originals" macOS will compress them into the popular JPG format. That's all fine and well but during this process, Image Capture adds 1.5MB of totally empty data to every photo it creates.

Stuffing JPG images full of blank files defeats the purpose of downsizing images in the first place. JPGs are a great way to save storage space because they provide good-enough quality for the web but in a much smaller package than other file types.

You probably won't notice the additional 1.5MB of files if you're transferring a few dozen images to your laptop. However, if you're moving an entire catalog of hundreds or thousands of photos from your iPhone to your MacBook, then you might be surprised by how quickly your laptop runs out of space.

Some quick math shows the bug creates 1.5GB of extraneous data from 1,000 images. If your MacBook has only 128GB of storage, some of which is allocated to the OS itself, then that's a pretty significant loss.

macOS Image Capture bug: What to do now

Apple was made aware of this bug but there is no word yet on a fix.

Therefore, your best bet for avoiding this bug is to not use Image Capture until a patch is released.