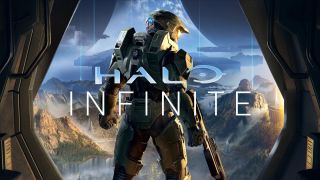 Xbox Series X has a clear lead on the PS5 when it comes to hardware, with the possible exception of the SSD, but one edge the PS5 still enjoys is its superior collection of exclusive games.

While we are still somewhat in the dark regarding which PS5 games will be available at launch, it’s virtually undisputed that Sony had the superior lineup in the current console generation, and most of those titles will eventually carry over. The one potentially huge difference-maker for Xbox Series X is Halo Infinite.

While the last installments in the Halo series have been a disappointment to fans, the series as a whole still has a tremendous amount of goodwill, and the team at 343 Industries has spent years working to correct the mistakes of the previous games.

We’ve taken a look at all of the rumors, statements, trailers and more regarding Halo Infinite to see if the series can once again be a system seller for Microsoft.

We strongly expect to see the console launch in mid-November, which should mean Halo Infinite will surface at the same time. Given that Halo Infinite is the highest-profile exclusive launch title for the Xbox Series X, it’s difficult to believe Microsoft would let that date slip unless absolutely necessary.

Phil Spencer, Head of Xbox, confirmed back in February that Halo Infinite will be available at launch to Xbox Game Pass subscribers and this was again confirmed in the trailer for the game screened during the July 23 Xbox Series X games event. That's huge news for a service that continues to build steam.

Halo infinite is also going to be part of Smart Delivery, as are all Xbox Game Studios titles, which means that if you buy the game for Xbox One, you will still have access to it if you eventually upgrade to an Xbox Series X.

We had two teaser trailers for Halo Infinite, the first at E3 2018 and the second at E3 2019, which was a doozy at nearly 6 minutes long. As you would expect, given that these were so far out from launch, both were entirely cinematic trailers with no actual gameplay shown. If you are looking to stay 100% spoiler-free then don’t keep reading this section, but really, what are you doing reading an article about Halo Infinite in the first place?!

In the trailer from E3 2018, we basically have a series of cuts appreciating nature on a seemingly tranquil world that eventually reveals evidence of a recent battle on the planet. Towards the end, the camera pulls back from wounded soldiers to reveal Master Chief standing on a hill. At that point, it picks up for the last few seconds with a vehicle speeding across the landscape towards an enemy base.

While I have no doubt that the general plot was already fleshed out by then, it’s hard to infer too much from this trailer apart from the return of Master Chief.

The E3 2019 trailer could still fit with what we saw in the 2018 trailer, but it would make for a slightly confusing timeline.

The 2019 trailer opens with a sole survivor on a ship who is starting to lose his grip on reality when he stumbles on Master Chief drifting in space. He brings him in and powers the suit back on to bring Master Chief back from an emergency cryo sleep.

Just as the survivor reveals to Master Chief that they lost the battle, the ship comes under attack and Master Chief rushes out to join the fight. One of the few things we know about the plot of Halo Infinite is that it is going to be entirely centered around Master Chief; The team at 343 Industries acknowledged that fans weren’t thrilled with the split in Halo 5.

Finally at the July 23, 2020 Xbox Series X games event we got a real gameplay trailer for the Halo Infinite campaign.

Beyond another discussion with our pilot pal from the previous trailer we got a substantial look at the gameplay and the reveal of at least one of the villains in Halo Infinite, the leader of a new race known as the Banished.

We still have a lot to learn about the game including what the multiplayer will look like, but we did get a substantial look at the campaign mode in the gameplay trailer.

The rumored addition of the grappling hook was real and its spectacular, Master Chief uses it to pull objects towards him, to traverse the landscape and to pull himself into enemies for close quarters finishes.

And while zipping around with your grappling hook looks like a blast, don't worry we got a good look at some Warthog driving included some impressive drifts and we imagine more vehicles will be present.

The array of enemies and weapons both familiar and new definitely grabbed our attention too with Master Chief laying waste to a host of grunts including some airborne grunts hurtling through the sky along with Jackals, Elite and more.

Plenty of fast-paced action and a little bit of story thrown in with this last trailer definitely has us on the hook for this game more than ever, we'll just keep counting down the days until the Xbox Series X launch.

343 Industries developed a new game engine called Slipspace for Halo Infinite. One of the focuses with this game engine, as reported by Gamesradar back in January, is to allow new features that weren’t originally planned to be introduced later in the development process than previously possible.

It’s a slightly terrifying thought, as it sounds like the sort of thing that may have you second-guessing your decisions for a game until late in the process, but it also leaves the studio open to pivot if necessary, even after the game’s release.

The other goal with Slipspace, which aligns nicely with the previous focus, is to enable much faster prototyping than what was available previously. So when they do decide to make a change based on internal or community feedback, it can happen quickly.