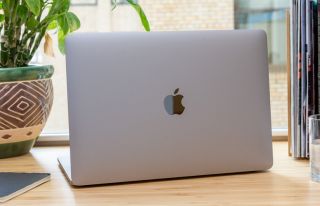 We can expect six new products from Apple this year featuring miniLED screens, including iPads, MacBooks and even desktops, according to an investor note from reliable Apple analyst Ming-Chi Kuo.

As a refresher, miniLED is a new backlighting technology that's smaller than traditional LEDs and offers superior black levels, contrast ratios, and higher brightness levels. We had a chance to go hands-on with a miniLED laptop from MSI at CES in January and were impressed by its picture quality.

One of the most highly-anticipated additions to Apple's 2020 lineup is the rumored 14.1-inch MacBook Pro in the style of last year's 16-inch MacBook Pro. It will hopefully bring a more reliable keyboard option to those that prefer a smaller laptop, along with thinner display bezels.

The 16-inch Macbook Pro will also be getting an update with the new miniLED panel.

A number of new iPads will reportedly receive the new miniLED panels as well, including a refreshed 12.9-inch iPad Pro, a 10.2-inch iPad, and a 7.9-inch iPad mini.

Finally, the iMac Pro is also slated to receive a long-awaited update, which will include a miniLED panel. Kuo indicates that the launch of this product is planned for Q4. Kuo did not have a timeline for the rest of the device launches but said their release schedule is "unaffected by the coronavirus."