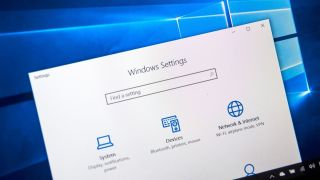 Windows 10 will soon receive an update that will make the OS run faster on older laptops. The Windows 10 May 2020 Update will improve Windows Search so it no longer causes high disk usage when indexing processes.

The update will benefit Windows 10 users with older laptops equipped with spinning HDD drives. HDD storage is much slower to read and write processes than SSD drives. Because of this, running intensive apps on your old PC can cause it to significantly slow down.

This happens during indexing, or when Windows 10 catalogs your files, emails and other content so, in the future, it can find search results faster. While a clever technique, indexing puts extra workload on your storage drive.

When Microsoft pushes out the Windows 10 May 2020 update next month, it will be smarter about when to index so it's not cataloging information as you use your laptop. It will also halt indexing when you're transferring or deleting files. This should result in reduced disk usage and less strain on laptops with HDDs.

The folks at Windows Latest confirmed that the update improves speeds after running "multiple tests" on "real hardware and virtual machines with different configurations."

If you own a laptop with an SSD (like mid-range and premium notebook released in the past few years), then you probably won't notice much of a difference. Also, as Windows Latest notes, indexing can still slow down your laptop, even if it has an SSD.

So, what does this all mean? Older laptops with reduced performance could be revived when the Windows 10 May 2020 update arrives as early as next month. Everyone else should look forward to some of the other changes arriving with the May 2020 update.