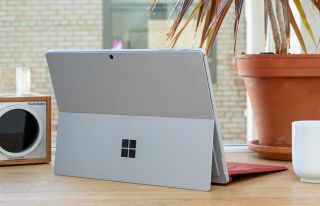 The first major Windows 10 update arrived earlier this week, bringing with it a number of new features and improvements. At the same time, the May 2020 update quietly terminated a handful of features you might have used in the past.

Before I dig into what vanished in this latest update, you should be warned of the various issues plaguing the update, some of which might keep you from installing it on your PC. If your system is vulnerable to any of these flaws, consider skipping the update until a patch is released.

With that said, let's take a look at what Microsoft removed from Windows 10 with its latest feature update.

Windows To Go: This feature made it possible for you to boot and run a system from a USB storage drive or external hard drives. While the feature wasn't designed to replace laptops or desktops, it gave you a handful of Windows 10 resources to use when you were away from your computer. Windows To Go has been removed from Windows 10.

Cortana: Cortana is sticking around on Windows 10 but it will serve a new purpose. Instead of being a direct Siri or Google Assistant competitor, Cortana will ditch consumer commands (play music, connected home, and other non-Microsoft skills) and focus on productivity-specific actions. Examples of its new talents include finding profiles, checking schedules, joining meetings, and adding to lists in Microsoft To-Do.

Desktop Messaging app: Microsoft is stunting the Messaging app in Windows 10 by removing the SMS text sync feature. You can no longer sync messaging from Windows Mobile and keep them on your desktop.

Several outdated or less important features are being removed or certain abilities within those features are going away. You can read the full list at this link.

Windows 10 features no longer being developed

Another list posted by Microsoft outlines the feature the company has stopped developing or supporting. There are quite a few items on this list, including a few noteworthy apps and tools that were once at the heart of Windows 10.

Microsoft Edge: The old Edge is out, say hello to the new one. Microsoft replaced its aging and unpopular Edge browser with a Chromium-based Edge a few months ago. We've found the new browser to be an improvement in almost every respect. Now Microsoft feels confident enough to stop development on the old one.

Print 3D app: Another app being replaced is Print 3D. 3D Builder is the recommended 3D printing app, so Microsoft has stopped developing the previous version.

Snipping tool: Yes, Microsoft is killing the tool that lets you take screenshots or make a custom "snip" of your screen. Its death has been long anticipated ever since Microsoft released its new Snip & Sketch tool, which is essentially a more functional version.

Again, this is only a sliver of all the features Microsoft is no longer supporting as part of the Windows 10 May 2020 update. For the full list, see this page.