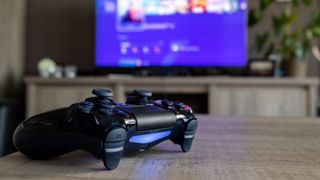 We've already seen moves from Sony and Microsoft in Europe to help deal with the massive influx of internet usage due to the COVID-19 health crisis and now PS4 owners in the U.S. will be experiencing a similar slowdown with Sony capping the download speeds on its service (via Engadget).

It's no surprise that as more and more states in the U.S. are adopting clear shelter in place policies that the number of gamers turning to their favorite console for entertainment is spiking and this move from Sony and others should help to keep the network from bogging down completely.

The slowdown is specifically for downloads and will either simply slow the download or it could delay the initiation of your download. None of this should in any way affect gameplay, although obviously general network slowdowns or instability (the very things this move combats) are possible as networks are faced with unprecedented levels of activity.

The main takeaway is that if you are looking to download any new games or have any major updates for games you are going to want to give yourself some extra time for them to download regardless of your own internet speeds.

Microsoft has been less clear about its actions, but has stated that they are making adjustments and have asked Xbox game developers to restrict updates in order to alleviate some of the network congestion as well. Whether we will see them take a more direct and specific action like Sony remains to be seen.