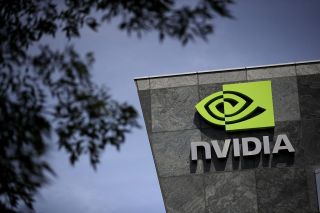 Almost three years ago, Nvidia unveiled it’s Max-Q design standard with the goal of creating thinner, lighter and quieter laptops that were still capable of delivering top-end performance via Nvidia GPUs. Today, Nvidia has announced a series of updates to Max-Q that will result in a major leap forward for the next generation of portable gaming laptops.

Our guide will walk you through what Nvidia did to improve on the design and what it could mean for your next gaming machine.

What is Nvidia Max-Q?

As a quick refresher for those who aren’t already familiar, Max-Q is a design that incorporates the chips, thermals, and electrical components along with software and drivers to generate peak efficiency with optimal performance. The end result should be thin, light, and quiet (below 40dB) laptops that are still able to deliver high-end gaming performance.

Dynamic Boost allows for better power balance between the CPU and GPU without additional thermals, delivering the power to whatever is the current bottleneck. This results in a 4% to 8% performance boost depending on the game, scene, and settings. There is a static limit of 80 watts to the GPU and 35 watts to the CPU, with the software determining how to best allocate power.

Dynamic Boost can simply be toggled on or off in the Control Panel and doesn’t require any additional input from users. The hardware must use shared thermals between the CPU and GPU and have the proper electrical support to run the GPU at higher power levels. Dynamic Boost will be supported and available on all new Max-Q laptops.

Next up is low-voltage GDDR6 memory, which is more straightforward. It delivers more bandwidth and speed while requiring less power. You'll find this in many of our best gaming laptops and in the upcoming PS5 and Xbox Series X.

Optimus is Nvidia’s tech that allows for graphics switching between the integrated GPU and discrete GPU on the laptop to optimize performance and battery life. Advanced Optimus takes things further, enabling G-sync on Optimus laptops with dynamic display switching allowing for up to 4K at 120Hz along with improved latency and efficiency.

Next-gen regulator efficiency, as with the GDDR6 memory, delivers superior performance to standard regulators that would normally deliver approximately 85% efficiency.

The final piece of the puzzle is Nvidia’s Deep Learning Super Sampling (DLSS) which recently took a big leap of its own. This uses AI and Nvidia RTX technology to bring better frame rates and graphics to games while using less system resources. The result is that you get your games with the same or better graphics and frame rates while using up to 20% less battery.

What does this actually mean?

What will all of this actually mean for your next laptop? Nvidia ran a series of tests using one of the original Max-Q laptops from 2017 with a GTX 1080 compared to a new RTX 2080 Super Max-Q-powered laptop to find out. The result, using the game Control, was a boost from 73 frames per second to 167 fps. And all of these performance gains came with twice the efficiency of the original design, which should lead to considerably longer battery life.

Who is making Max-Q laptops?