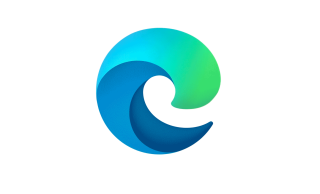 After releasing Canary and Beta versions in September, Microsoft announced today that the Chromium-based Edge browser will launch on January 15 and be available on Windows 10, Windows 8, Windows 7 and macOS.

A new logo for Edge was also officially released today. The icon replaces the blue "e" with a modern green-and-blue wave shape.

The launch of the new browser begins with a "release candidate," a nearly-final version that can be downloaded today. The build will include sync support for passwords, history, favorites and settings across Windows, macOS, iOS and Android along with built-in tracking protection designed to protect you from phishing schemes, malicious software and new types of malware.

Collections, an interesting feature that lets you collect and organize web content and export your findings into Word or Excel will now be enabled in Edge preview builds. I spent some time using Collections earlier this year and was so impressed that I'm considering moving away from Chrome.

Microsoft detailed new information about Chromium Edge in a blog post starting with improvements to Bing search for businesses. Bing will now make it easy for employees to search for information inside their company by scanning through titles, team names, and office locations. It will even show you company acronyms. These benefits will extend to an improved experiencing using Bing on your phone.

Microsoft is also expanding its assurance that all websites working on Internet Explorer 11, Google Chrome or the current version of Edge will operate normally in the new Edge browser by Q1 2020.

"Today marks an important milestone as we head to the formal launch of Microsoft Edge and Bing for our commercial customers in January," Yusuf Mehdi, corporate vice president of modern life and devices at Microsoft, wrote. "As we enter the new year, we are excited to share more about how we will expand opportunities for developers, and later in the spring even more for consumers."

Microsoft's decision to adopt Chromium for its upcoming browser came as a shock to a lot of folks. But by teaming with arch-rival Google, Microsoft believes it can improve web compatibility. One immediate resulting benefit is that the new Chromium will support all Chrome extensions. For its part, Microsoft promises to bring its own expertise to continue developing the platform.

We're really excited about testing the new Edge browser to see how it compares with Chrome, Firefox and Safari. If you're also curious about Chromium Edge, check out our impressions of the beta version then download the release candidate version from the Microsoft Edge Insider website.