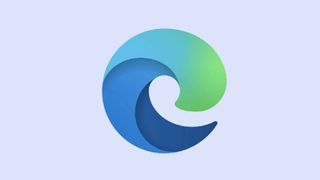 Microsoft's Chromium-based Edge browser will soon replace the current version of Edge, whether you like it or not.

Microsoft posted a blog last week explaining that the Chromium-based Edge will arrive on Windows 10 Home and Pro versions starting Jan 15. When it does, the old version of Edge will be removed. Only business users --- not consumers --- will have the option to prevent the update and keep the current Edge browser.

More specifically, users with Windows 10 devices that are joined to an Active Directory or Azure Active Directory domains, or are managed by an admin, can be excluded from the automatic update by using the Blocker Toolkit Microsoft will be deploying.

Everyone else, who doesn't have a say in the matter, will see a new logo appear on their laptops and tablet when the current browser gets swapped out for Chromium Edge.

We can understand your frustration with Microsoft's ruthless decision to kill the old Edge if you're among the handful of people who still use it. That said, Chromium-based Edge promises to retain everything we liked about the old version while adding features that make Google Chrome the preferred browser for the large majority of PC owners.

We've been closely tracking the development of Microsoft's new browser and went hands-on with the Developer build last year. Based on those previews, Chromium Edge will have a sleek interface, comprehensive customization options and the ability to run Chrome extensions. Best of all, the browser should be as zippy as its predecessor as Microsoft has reportedly found a way to keep Edge's memory consumption to a minimum.

That all sounds great but Microsoft has yet to prove that it can push out a software update without breaking things along the way. Failed rollouts have become so common that we rounded up Microsoft's fails in a year-end review.

Let's hope Microsoft has learned from its mistakes when Chromium Edge arrives later this week.