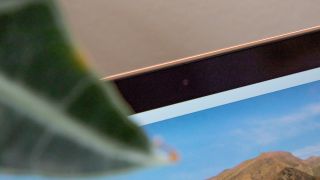 One of our most-requested features might finally arrive on upcoming MacBook models.

Macs will reportedly add Face ID for faster and more security password-free login. Hints that facial recognition would arrive on MacBooks were spotted by 9to5Mac, which found references to the verification method in macOS Big Sur.

The tech site found a new extension in macOS Big Sur beta 3 with codes used to support "PearlCamera," the internal codename for the TrueDepth camera and Face ID on the 2017 iPhone X.

Similarly, "FaceDetect" and "BioCapture" extensions were also spotted within the Big Sur beta, suggesting the feature is currently being added to the desktop operating system for upcoming MacBook laptops.

When will Face ID arrive on MacBooks?

According to 9to5Mac, Face ID support is in its early stages in macOS, so it could be a while before the camera sensor is added to a MacBook.

Still, we hope Apple finds a way to bring facial recognition to the first laptop powered by Apple silicon, which is scheduled to arrive later this year. For now, the MacBook Pro and MacBook Air have only Touch ID, or fingerprint verification, built into the keyboard.

It's a useful feature but tapping your finger on a small sensor requires more effort than simply looking at the camera above your display. Moreover, as Windows Hello-enabled laptops have taught us, facial recognition (when implemented properly) can instantaneously log you into your system.

An important element of getting Face ID to work is the Neural Engine found in the most recent A-series iPhone chips. Apple has already confirmed that the Neural Engine will make its way to the new custom Apple processors built for Macs, so the stars seem to be aligning.

As I previously mentioned, Face ID is one of our top-requested features for upcoming MacBooks. Facial recognition has become standard on premium Windows 10 laptops, particularly business machines, as a more convenient and secure tool for logging in.

As is usually the case, Apple hasn't announced whether upcoming MacBooks would feature Face ID, although we'd be surprised if they didn't. Until we get confirmation, feel free to read up on all the latest news and rumors surrounding Apple's next MacBook, the first to be powered by its ARM-based custom processors.