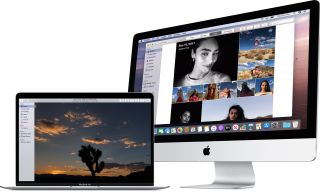 Rumor has it that Apple was poised to launch a slew of next-gen products with mini-LED technology this year, but a new report reveals that the COVID-19 pandemic is causing more of a delay than analysts initially thought, according to Apple Insider.

In March, we reported that reliable Apple pundit Ming-Chi Kuo unveiled Apple's plans to implement mini-LED panels -- a technology that would benefit rumored product releases, such as the next 12.9-inch iPad Pro, the 10.2-inch iPad, the 7.9-inch iPad mini and the refreshed 16-inch MacBook Pro.

Of that lineup, Kuo only had launch details about the iPad mini, which, according to his speculation, would be released in 2020. But now he's not so confident.

In a recent note to investors, Kuo rescinded his March theory that Apple's 2020 mini-LED plans would remain "unaffected by the coronavirus." Kuo unveiled that there is, indeed, a slight delay due to the pandemic: mass production of mini-LED chips will begin in July while panel assembly will be completed by Q4 of 2020.  Consequently, the manufacturing of Apple's mini-LED products is expected to move to the first quarter of 2021.

Despite the slowdown, Kuo urged investors to not be unsettled by the news.

"We believe that investors do not need to worry too much about the extension of the mini-LED schedule, because mini-LED is a key technology that Apple will promote in the next 5 years, so even if the short-term schedule is affected by the new coronary pneumonia, it will not damage the long-term positive trend," Kuo said.

In other words, Kuo still expects Apple's mini-LED display plans to drive the company toward a positive growth trajectory.

The mini-LED displays will use about 10,000 LEDs, each one being less than 200 microns in size, according to MacRumors. Apple is stepping on the accelerator with mini-LED because the tech will allow for thinner and lighter designs while still conserving the perks of OLED goodness, including wide color gamut coverage, high-dynamic-range and true blacks.

Kuo predicts that the tech giant's mini-LED product shipments could jump by about 300 percent. If this is true, it seems like Apple's next-gen products will be well worth the wait.