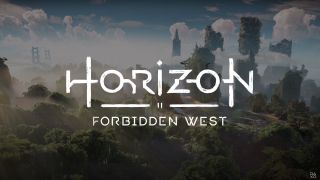 Horizon: Zero Dawn was one of the biggest breakout games for the PS4 when it was released back in 2017. A sequel has been in the works ever since its launch. The follow-up was originally going to be a PS4 title but was ultimately moved to the PS5.

Considering the gorgeous and inventive post-apocalyptic landscapes that characterized the first game, that was probably a wise move. The game will be well-served by the PS5’s ability to deliver massive environments instantly thanks to the custom SSD, and the varied environments should benefit from the ray-tracing capabilities of the RNDA 2 GPU.

We’ve gathered all of the rumors and content that we could find regarding Horizon: Forbidden West, including the potential release date, trailer, setting, gameplay and more, to get you ready for the next installment in Aloy’s tale.

I'm sure fans would love to see Horizon: Forbidden West launch alongside the PS5 later this year, but that seems unlikely given what we know right now.

Spider-Man: Miles Morales was specifically identified as coming “Holiday 2020” just like the console itself, and considering the high-profile nature of the Horizon series, Sony would surely have done the same with Horizon if the game was going to be here this year.

2021 seems like a lock for the release; we can only hope that it is early in the year. Horizon: Zero Dawn came out in February of 2017 so it’s possible we see the developer celebrate the four year anniversary of the original game's release with the next installment.

We got an extensive trailer for Horizon: Forbidden West courtesy of the big PS5 games event. It gives us our best glimpse into what Guerilla Games has in store for Aloy this time around.

Even if you caught the trailer during the live stream, you might want to take the chance to watch it again, as the standalone trailer can be enjoyed in 4K.

For those who haven’t already played the original Horizon: Zero Dawn, the general setting is Earth in the distant future. Humans have reverted to a tribal society with limited technology, and robotic creatures roam the earth and have become increasingly hostile.

The official description for Horizon: Forbidden West from the reveal trailer reads, “Horizon Forbidden West continues Aloy’s story as she moves west to a far-future America to brave a majestic, but dangerous frontier where she’ll face awe-inspiring machines and mysterious new threats.”

While the trailer gave us a vast array of landscapes, including the ocean, beaches, a desert, lush forests, icy mountain peaks, and more, there were only two easily-identifiable landmarks: the remnants of the Golden Gate Bridge and the Ferry Building, placing you in what was San Francisco.

However, given the varied terrain and the reports of the “gigantic” scope of the game from VGC, it’s clear you are traversing at least quite a bit more of California, if not beyond, over the course of the game.

The trailer for Horizon: Forbidden West was entirely cinematic, but we can infer the basic style of gameplay is unchanged from the original Horizon: Zero Dawn. This is an open-world action RPG that will focus on combat, evasion, traps, traversal, and stealth.

Horizon: Zero Dawn featured both a traditional RPG skill tree progression to enhance Aloy’s abilities as well as weapon crafting, both of which will presumably be present and more advanced in Horizon: Forbidden West, but we don’t have any new information on them yet.

From the trailer, we have seen Aloy riding, diving with a futuristic scuba mask, climbing, and at least preparing to fight. Her bow will again be the central weapon it appears, and it’s worth noting that the most frequent example used for the DualSense controller’s adaptive triggers has been delivering the feel of pulling back a bowstring. It’s hard to imagine that Horizon: Forbidden West isn’t what they have been talking about there. Presumably, the spear that is the other primary weapon from the original will be back as well, but we haven’t glimpsed any additional weapons so far.

Her “focus” earpiece is, of course, still present, which is a kind of AR device that gives her some special abilities to track and scan enemies. Whether we will get more functionality from the focus in this installment wasn’t clear from the trailer.

The same report on the scope of the game also indicated that a co-op mode was planned, but it remains unclear if this is part of the main game or a standalone experience, as this does not appear to fit with anything we've seen so far.

For the story, we really only have the trailer to go on at the moment, and based on that, it appears that things pick up sometime after the events of Horizon: Zero Dawn and The Frozen Wilds expansion.

Aloy is continuing on her journey to stop the HADES system and whatever triggered it from destroying life on earth. We get glimpses of a number of new characters from presumably new tribes and some new robotic creatures, like the frighteningly large mammoths that Aloy confidently draws her bow on as the trailer comes to a close.

According to the aforementioned VGC report, the plan is for the Horizon series to be a trilogy, which presumably means we’ll get one more game to reach the end of Aloy’s story.

If you are looking to delve further into the world of Horizon ahead of Horizon: Forbidden West, there is also a comic book series coming on July 22nd that takes place after the events of Horizon: Zero Dawn.