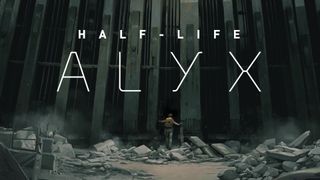 Half-Life: Alyx, the upcoming VR installment in the long-dormant Half-Life series, will not be the last Half-Life game according to a recent interview with Valve developer Robin Walker.

Now he didn’t go so far as to say “Half-Life 3 confirmed” and thereby secure his place in gaming meme history, but he did say that they “see Half-Life Alyx as our return to this world, not the end of it.”

Naturally, this leaves open a lot of possibilities including another VR follow-on to Half-Life: Alyx if it proves successful when it launches later this month. With the virtually guaranteed audience for Half-Life content it is certainly a strong draw into VR for those that have held out to date.

The majority of the interview is surrounding Half-Life: Alyx and its development both from a VR and a story perspective. The game includes work from developers that have been with Valve since the release of Half-Life 2 and even the original Half-Life over 20 years ago.

It's the final question that addresses Half-Life 3 directly and should give fans at least a glimmer of hope that they will get a true sequel somewhere down the line. Walker says that "it's been incredibly rewarding to refamiliarize ourselves with its characters, setting, and mechanics."

It's hard not to read too much into that, with such a long and eagerly awaited title as Half-Life 3 it would make sense for the team to first dip their toes back into the world with something slightly less high stakes. For now, Half-Life fans will have to be satisfied with Half-Life: Alyx arriving March 23 and then go back to patiently waiting.