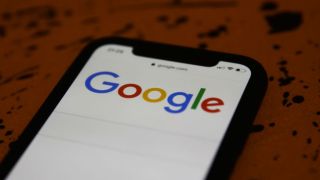 Google seems ready to launch an expansion to its beloved dark mode on Android, which would extend the theme to Docs, Sheets and Slides. This was discovered by 9to5Google, which found lines of code within APKs that match those of the dark theme currently found in Drive for Android.

These lines of code suggest that Android users will soon be informed of the themes and whether or not they'd like to try it out when it launches on Docs, Sheets or Slides. Since Google has gone out of its way to implementing this system, it likely means we'll be seeing the update soon.

Within the code, we can learn that the doclist, which is the area where you select which document, slideshow, or spreadsheet you want to begin to work on, will get a full dark theme overhaul. Most of the usage within Sheets and Docs should reflect a dark theme, but Slides might be a different story.

9to5Google notes that the final implementation for Slides is a bit uncertain at the moment, as the lines of code aren't as in-depth as others. They point out that this is likely because Slides has its own themes already embedded within the applications, so layering a dark mode over that would likely cause further issues.

The existence of a dark theme for Android users is pretty substantial news, as the overwhelming brightness is something that many of us have grown weary of. Dark themes have arrived on nearly all mainstream applications, so it's good to see Google catch up in this regard.