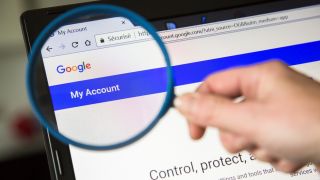 Google just admitted to "incorrectly" sending private videos in Google Photos to strangers. Excuse me while I do a double-take... what?!

Google began notifying users that their private videos may have been sent to strangers last year between Nov. 21 to 25. The admission of guilt comes just a day after it was announced that Google Photos would roll out a trial subscription service that sends you 10 random prints a month. Google states that the video leaks stem from a "technical issue" in Google's Takeout service, which lets users download data.

In 9to5Google's report, apparently less than 0.01% of Google Photos users who used Takeout were affected, but it took 5 days for Google to fix the issue. That might sound like a tiny figure but remember that Google Photos has over 1 billion users so a relatively large group of people could've been affected.

“We are notifying people about a bug that may have affected users who used Google Takeout to export their Google Photos content between November 21 and November 25,” a Google spokesperson said in a statement to 9to5Google. “These users may have received either an incomplete archive, or videos — not photos — that were not theirs. We fixed the underlying issue and have conducted an in-depth analysis to help prevent this from ever happening again. We are very sorry this happened.”

The fact that Google can even confuse two people's videos not only compromises user privacy, but it can be incredibly dangerous. Google didn't specify which videos were accidentally shared, only that "one or more videos in your Google Photos account was affected by this issue."

You should think twice before uploading a video that you don't want to be seen in Google Photos. I hope that with Google's new print service that I don't start getting some stranger's printed photos in the mail.