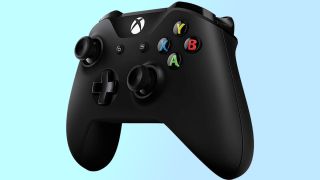 Specifically, the patent which was filed last month is entitled "Thumbstick for user input device" and details a customizable tension mechanism for the thumbsticks on the controller.

Casual gamers may wonder why that would be a necessary feature. However, aftermarket options for adjusting the tension on an Xbox One controller by replacing the internal springs are available for more dedicated gamers. Our top pick for the best PC controllers in 2020, the Xbox Elite Controller Series 2, features this ability as well.

Notably, the figure in the patent filing resembles the standard Xbox One controller and not the Elite Controllers, indicating that this would represent a possible change to the basic $60 controller and could carry over to the Xbox Series X.

Not only would this offer customization for those who prefer either a more rigid or looser thumbstick, but it would help extend the life of these controllers because the tensioning mechanism lets users adjust for a loss in tension over time.

As is always the case with patents, we can't know when or if Microsoft will implement these changes, but it would be fantastic to see this feature trickle down from the Elite controllers.