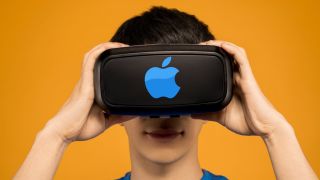 Apple VR could be the next disruptive entry into the virtual reality market. Set to compete with VR leaders such as Oculus, Facebook should be concerned -- very concerned. A new Bloomberg report leaked some juicy information regarding Apple's top-secret VR project.

Codenamed N301, the Apple VR headset will reportedly merge both VR and AR elements for a wide-ranging, computer-generated simulation experience for gaming and lifestyle content.

The team behind Apple VR, a top-secret unit called Technology Development Group (TDG), was spearheaded by former AR/VR Apple Vice President Mike Rockwell in 2015. In the early stages of Apple VR, Rockwell and his team developed an all-inclusive, sleek headset prototype that would be jam-packed with top-notch graphics and processing speeds.

As a result, Rockwell decided to conceptualize a more practical VR system --  the sleek headset would be sold with a stationary hub that could wirelessly assist the headgear and offload some ultra-powerful internals from the headset hardware. The headset would still work independently, but it would be less potent.

Jon Ive, the company's design chief at the time, wasn't having it -- he wanted everything to be in one headset without any peripherals. Rockwell fired back and stood by his stationary hub, arguing that his concept would create a VR system so powerful, it would blow all the other competitors out of the water.

Because Apple VR is now following Ive's blueprint, it won't be as powerful as Rockwell's vision, but according to Bloomberg, the headset could still be a dominant force in the virtual-reality market.

Here are some awesome features that Apple VR will reportedly sport:

It's also worth noting that, in getting rid of Rockwell's stationary hub, the headset's graphics performance diminished and the download speed slowed down.

Apple VR reportedly looks like a smaller version of Facebook's Oculus Quest, according to sources close to the matter. Unlike the Quest, the headset will feature a mostly fabric body.

If you're wondering about how much Apple VR will cost you, according to the report, the Apple team hasn't settled on a price tag yet. But considering all the cool features, it touts and calculating in the Apple luxury tax, it surely will not come cheap.

The Bloomberg report also detailed some information about the upcoming Apple Glass AR spectacles, but it was minimal compared to the VR headset leak. Check out what's new on our oft-updated Apple Glass hub.

If Bloomberg's report is true, Facebook and other big-name players in the VR field have a lot to worry about. Apple has been working diligently on this VR headset for at least five years, so we expect that once Apple VR finally hits the consumer market, it should be a top-notch product that'll have the Oculus team shaking in its boots.