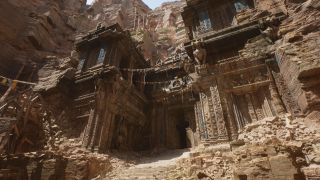 It's hard to imagine what PS5 games are going to look like when we haven't even seen the PS5 console yet.

However, in a corporate strategy meeting (via VGC), Sony president and CEO Kenichiro Yoshida talked up the PS5's cool features, like the lightning-fast SSD, sensory features in the DualSense controller, and the Tempest 3D audio. He then briefly talked about games.

"Games for the PS5 that deliver this new game experience are being made by both first and third-party developers and we plan to introduce a compelling lineup of titles soon," Yoshida said.

PS5 games reveal is 'soon' — Here's everything we know

By "everything we know" I mean we know almost nothing, apart from Yoshida mentioning that the reveal will be soon. However, we're a bit pessimistic. As mentioned earlier, we don't even know what the PS5 even looks like.

Sony has a lot of catching up to do with the Xbox Series X announcements because, at this point, the PS5 doesn't even seem real. I've said it before and I'll say it again: if this wasn't coming from PlayStation, I'd consider the console vaporware at this point.

Rumors suggest Sony is planning a PS5 game reveal in June, but it's a little bizarre that the company hasn't announced it by now. The rumor comes from GamesBeat's Jeffrey Grubb, who posted on gaming forum Resetera that an event is "currently planned for June 4." He later walked back that date, saying the reveal was moved "days not weeks." Grubb previously predicted a Nintendo Direct date, so we're inclined to think this is legit.

And despite the lack of evidence that the console and its accompanying games exist, Sony is very confident that it'll succeed.

"I think results will be everything, so after the launch, it will become clear, and so we are going to make our utmost effort," Sony’s chief financial officer Hiroki Totoki said.

We imagine we'll learn more from Sony sooner rather than later, so stay tuned.