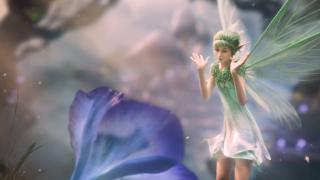 A new Fable game was announced to be in development by Playground Games at Microsoft's Xbox Series X games conference.

Many anticipated it would be the fourth game in the series, but it's currently being referred to simply as "Fable." Here's what it looks like:

Although we weren't graced with any gameplay, the game has been officially confirmed with a rather goofy cinematic trailer where a fairy just having a good time gets eaten by a frog.

This comes after Microsoft cancelled Fable Legends in 2016 and no news of the franchise's revival had been revealed until today. Fable 3 was released early 2010, making it over a decade since we've seen a mainstream Fable title.

As the game isn't being given a number, this could mean Playground Games will be rebooting the world while keeping it mechanically and narratively in the spirit of previous entries in the franchise.