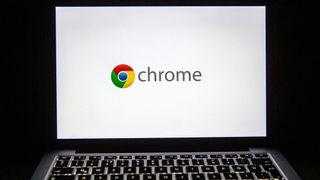 When Microsoft moved its Edge browser to Chromium, the company promised to improve the open-source engine behind Chrome.

True to its word, Microsoft has added features and identified clever methods for enhancing browsers running on Chromium. Google has even adopted some of these, including tricks and techniques to improve Chrome's power-sapping inefficiencies.

Microsoft is now improving how Chrome integrated with the Windows 10 Action Center, a mutually beneficial move for both Microsoft and Google (via Windows Latest).

Currently, if you receive multiple notifications in the Action Center and click on one that isn't the latest, Chrome won't open the specific URL noted in the pop-up, only the generic URL for the site it comes from.

When Microsoft updates Windows 10 with the May 2020 update, it will presumably solve this problem. An Edge engineer explained that the problem stems from a WinRT toast and causes dismissed events to fire before a notification is closed.

The engineer appears to have a solution, "We've done work in the next release of Windows to make the WinRT toast closed event available to Win32 apps like Chrome and Edge."

The Microsoft employee went on to propose a solution for older versions of Windows 10 wherein the WinRT toast dismissed event is no longer used.

It may not be as substantial as other major updates but the May 2020 update for Windows 10 is fast approaching. Originally set for the start of this month, the update was delayed until May 28 following the discovery of a zero-day vulnerability.

When it arrives, the May 2020 update will bring several enhancements to already-existing features. Among the more exciting improvements is how the May 2020 Update will speed up older laptops with HDD storage by streamlining Windows Search.