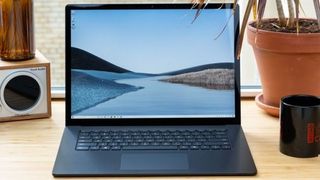 Windows 10 is about to get one of the best audio features available in Windows 7. Lost somewhere in the transition to the divisive Windows 8, the feature, called Bluetooth A2DP sink, will let you send audio from your smartphone to play out of your laptop.

As of now, Windows 10 laptops are limited to A2DP source role, which only works the other way around; You can stream a song from your laptop and have it play out of another device, like speakers or a smartphone.

When the Windows 10 May update arrives, you'll essentially be able to turn your laptop into a pair of Bluetooth speakers (via TechRadar). Not everyone will want to do that, but owners of the new XPS 15, MacBook Pro and other laptops with powerful audio, will welcome the new feature.

I use "new" lightly here because A2DP sink was available in Windows 7 before being disabled when Windows 8 arrived.

Microsoft hasn't confirmed the Bluetooth feature but Windows Latest found documentation claiming Windows 10 version 2004 will let you configure your system like a Bluetooth speaker and listen to audio from your phone. You can even connect wired headphones to your PC to use as the audio source, instead of the built-in speakers.

Bluetooth A2DP sink will remain disabled until you turn it on, so don't worry about people playing audio through your speakers without permission. You'll also need to manage each of your apps for it to stream audio through your laptop.

“The AudioPlaybackConnection class is used to enable and disable connections from a remote device as well as to create the connection, allowing remote audio playback to begin,” Microsoft wrote.

The Windows 10 May 2020 update is expected to arrive at the end of this month with several changes, including a new location for Cortana.